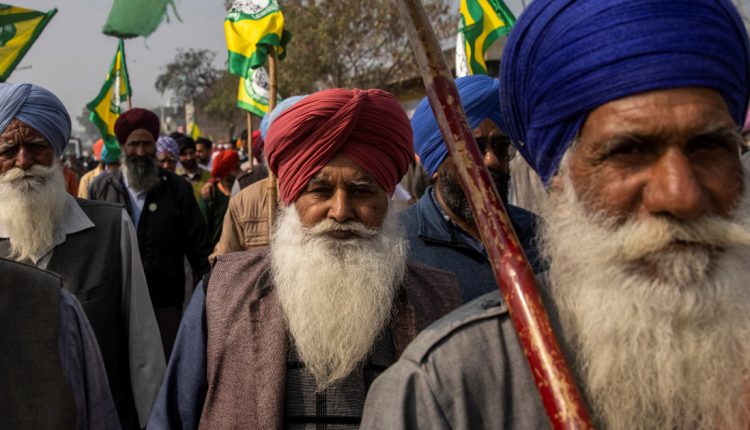 Karnal, Haryana – For almost two months, 65-year-old Prem Singh followed a ritual that he had accidentally sneaked into.

On December 1, 2020, he left his village in the northern Indian state of Haryana to join tens of thousands of Indian farmers holding sit-ins on the borders of the state capital to demand the repeal of agricultural laws passed last September.

While camping at the protest site in Singhu on the Delhi-Haryana border, Prem made sure he called his 34-year-old son Sandeep back in the village every morning.

“He didn’t have a phone of his own,” says Sandeep, sitting in his dimly lit room in the village of Manpura in the Karnal district of Haryana, 260 km from Singhu.

“But he would use someone else’s cell phone to check on us. I expected him to call at a certain time each day. It was almost a ritual. “

Prem was crammed with several others on a tractor in Singhu at around 6 p.m. and fell out of the vehicle. He never made it back.

“I was with him then,” says Joginder Singh, 36, a Manpura resident.

“We paid him our respects on the protest area and brought his body to the village for the funeral. He became one of the many martyrs who gave their lives for the cause of the peasants. “

For the month since the death of his father, Prem Singh, Sandeep has been home to welcome visitors who have come to offer their condolences [Parth MN/Al Jazeera]Since the government of Prime Minister Narendra Modi with a majority of the ruling Bharatiya Janata Party (BJP) pushed through three farm laws in parliament, farmers’ unions, mainly from the Indian corn husk states of Punjab and Haryana, have raged.

Since Nov. 26, tens of thousands of farmers have camped in three different locations in the capital and demanded that the government withdraw laws that they say are at the mercy of private companies and destroy their livelihoods.

By the time the protest hits its 100th day on Friday, at least 248 farmers have died on the borders outside New Delhi, according to Samyukta Kisan Morcha (SKM) or United Farmers’ Front.

Some died of health problems, others of suicide, said the SKM, which plans to stop all traffic on the six-lane Western Peripheral Expressway, which forms a ring outside of New Delhi, for up to five hours on Saturday in response to their protest to continue.

“I intend to take my father’s place”

Despite rising deaths, farmers say their commitment to the protest remains unwavering. However, their active participation has encountered obstacles.

For the month since Prem’s death, Sandeep has been home to welcome visitors who have come to offer their condolences.

“My mother is not back to normal either,” he says.

“She doesn’t speak to anyone. I have to be home to take care of them. But I plan to take my father’s place in Singhu once things have calmed down. We lost the main member of our family. We also have to worry about our income. “

With just one acre of farmland, Sandeep says the family’s main income comes from work.

“I work as a driver, my older brother works here and there as a worker,” says Sandeep.

“After my father died, there is one less family member who earns less. I need to balance my work and my time at Singhu. I can’t stop earning, but neither can I give up the protests. “

For Sandeep Kaur (34) the problem is not that complicated. She has two children, ages two and five, and although she supports the agitation, there is little she can actively do about it.

Her husband, Manpreet, 42, had camped in Singhu from the beginning of the protest.

“After almost a month at the border, he came home to visit us,” she told Al Jazeera during a phone call.

“The next day he felt uncomfortable. The day after, he died sitting in his chair. The doctor said he had a silent heart attack. “

With very little farmland in the small town of Bhawanigarh in the Sangrur district of Punjab, Kaur can no longer afford to participate in the protests.

“I have to take care of my young children,” she says. “I don’t get along with my in-laws. My father died three years ago. I am a smallholder and have very little support system. We also received no help from the government. “

Like Kaur, Sandeep Singh is a small farmer who mainly grows rice and wheat for his own consumption. The new farm laws don’t directly affect him, he says.

“But they will destroy the livelihoods of farmers with larger plots that depend on the government-set minimum support price,” he says.

“If they lose their income, they can’t employ people like us to work on their farmland.” 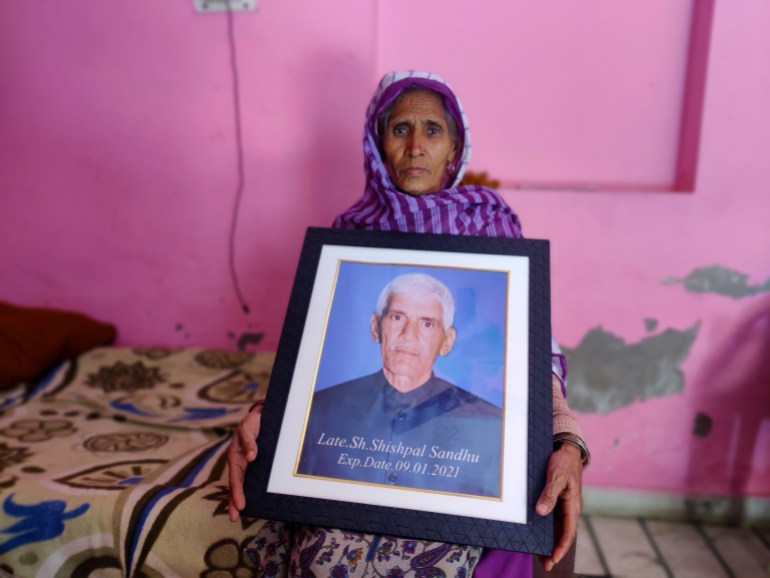 Roshni Singh (60) and her husband Shishpal (72) looked after their farm for two acres in the village of Gagsina, 20 km from Manpura. Shishpal’s brother Kripal, 62, tended another two mornings.

“We had split the work between the two families over four mornings,” says Roshni, covering her head with a scarf.

When the excitement of the peasants around New Delhi began, Shishpal had cut out his task. “He was at the Singhu protest site from day one,” says Roshni.

“Juggling between protest and farmland”

During his absence, Kripal doubled up to tend his brother’s farmland. Roshni ran the household and spent more time in the fields than usual.

“That way we could take part in the protests and also maintain the farms,” ​​she says. “It was an arrangement that seemed to work for us.”

But on January 4th, Kripal received a call from a farmer in Singhu. Shishpal had a heart attack and was hospitalized in Sonipat City, Haryana.

“A day or two later he was transferred to another hospital,” says Kripal. “He died five days after the attack. We had to borrow about 300,000 rupees (4,100 USD) for his treatment. “

The night before he had a heart attack, Shishpal had come home for a day. “He was absolutely fine and optimistic,” says Roshni with a wistful smile that deepens her wrinkles.

“He mobilized more farmers in the village to join the protests, raised a union flag on a tractor and sang slogans. He cared deeply for the protests and was determined to see the farm laws overturned. “

Kripal says his brother would often worry about the state regulated markets called mandis once the private actors step in.

“The Mandis is no longer necessary,” Kripal remembers of his brother.

“Companies would dictate prices and have a monopoly over us. Corporate power over agriculture would make us slaves on our own land. “

Those words, echoing in Kripal’s ears, made him more determined to hold out the protests.

“Shishpal would have wanted that,” he says. “I’ve been to Singhu a few times since he died. I juggle between the protests and the farmland. “

Every morning Kripal wakes up and goes to his farm to water the wheat crop that is currently being grown. He sprays fertilizers and pesticides when he has to.

Then he goes to Shishpal’s land and repeats the process. What began as a temporary arrangement for Kripal has now become a ritual for him.