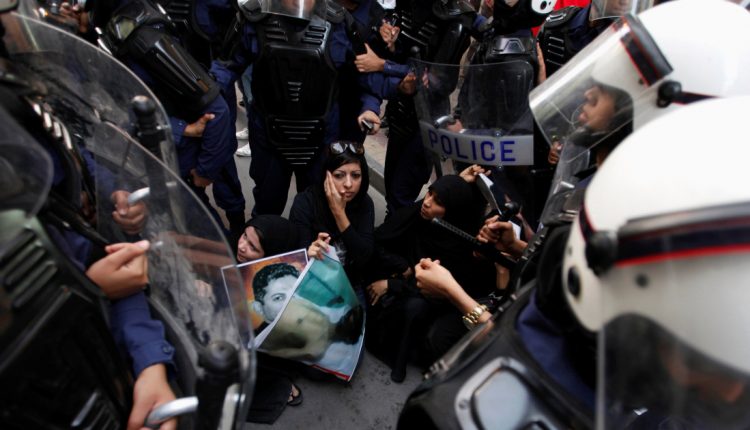 A group of 15 rights groups called on President Joe Biden’s administration to address the degradation of human rights in Bahrain through a rights-based foreign policy towards the Gulf.

The group, which includes the Bahrain Institute for Rights and Democracy (BIRD), Amnesty International, Reprieve and the World Organization Against Torture, wrote in a letter to US Secretary of State Anthony Blinken on Wednesday: “Last December you found the following :[i]In too many countries people are imprisoned, tortured or killed for voicing their opinion, reporting news or demanding their rights. ‘Unfortunately, this statement reflects the situation in Bahrain over the past four years. “

The letter refers to the human rights activists Abdulhadi al-Khawaja, Nabeel Rajab and Ebtisam al-Saegh, who were imprisoned in Bahrain for their activism.

Bahrain has been involved in widespread crackdown since 2011, when the country’s royal family faced nationwide protests demanding their removal.

Former President Donald Trump, who agreed with the Gulf monarchies criticized for their human rights record, said there would be no problems between Bahrain and Washington for the first year of his term in office.

The letter said Bahrain’s rulers had been encouraged by President Trump to “send a clear message that his government would put the pursuit of profit before the people”.

Bahrain was one of the Arab nations that signed normalization agreements with Israel under the Trump administration.

The protests took place amid similar movements in Tunisia and Egypt now known as the Arab Spring. A report by BIRD (PDF) from the year 2021 commemorating the widespread demonstrations states: “Within days of the first protests, the rulers of Bahrain reacted with unbridled repression, the brutality and extent of which was unprecedented in modern Bahrain’s history . “

The letter came after the Biden government was criticized for failing to sanction the Saudi Crown Prince Mohammed bin Salman (MBS) for his role in the assassination of the Saudi journalist and American Jamal Khashoggi.

A released report released last week shows that US intelligence agencies have found that MBS ordered the killing of Khashoggi at the Saudi consulate in Istanbul, Turkey.

The Biden administration, which promised to reevaluate US-Saudi Arabia relations in order to prioritize human rights, decided not to sanction MBS.

A State Department spokesman said Biden wanted to “recalibrate”, not “break” the relationship.

Several legislators, including the representative Ilhan Omar, have submitted bills to sanction MBS. Omar said taking action against MBS’s actions was a “test of our humanity” when she unveiled the bill.

For Some Solopreneurs, the Newest PPP Guidelines Are Unhealthy Information