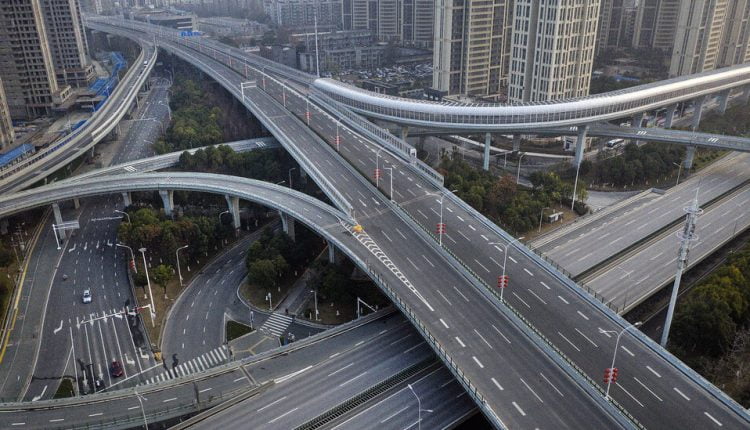 Today is the day for the Times’ annual look at the year in pictures.

Dean Baquet, Editor-in-Chief of The Times, believes 2020 will go down as a year of history alongside years like 1968, 1945 and 1865. “It will long be remembered and studied as a time when more than 1.5 million people died worldwide, a pandemic, racist unrest gripped the world, and democracy itself faced extraordinary trials,” he writes.

These words come from Dean’s introduction to The Times annual Year in Pictures feature. Here, my colleagues at The Morning and I have picked a dozen of these images that we believe will best sum up 2020. But we obviously only have room for a fraction of the year’s photos here – so I recommend checking out the full selection.

As you do this, ask yourself which images you would have selected if you had to select only 12 to sum up 2020.

You can also find pictures here all year round.

Buried treasure: Last summer, in the Rocky Mountains, a man found a hidden treasure chest that had captivated seekers for a decade. Now the identity of the treasure hunter has been revealed.

From the opinion: The Senate should pass law to protect the personal information of federal judges, argues Esther Salas, a federal judge whose son Daniel was killed in her home in July. The bill is named after him.

Lived life: William Aronwald, a noted prosecutor and defense attorney, was accidentally a central figure in one of the strange stories from a brazen period of New York organized crime. In 1987, killers sent by a gangster to kill Aronwald mistakenly pursued his father and killed him instead. Aronwald died at the age of 79.

Everywhere you looked online in 2020, you could find entertainers discovering new performance opportunities. There were internet comedians who perfected their art and often only used camera phones and household items. There were innovative theater productions for virtual formats. And there were writers and actors who created introspective and unique television.

This week’s edition of the New York Times Magazine is dedicated to the influential artists of the year, both famous and new.

The Times AO Scott wrote about how the short comedic clip became an art form on TikTok and Twitter over the past year. Actress Viola Davis talked about creating fully realized characters, most recently in Ma Rainey’s Black Bottom, a film adaptation of August Wilson’s play. And Wesley Morris of The Times wrote of a cohort of women who are turning the biopic genre upside down and “pursuing the truth, written in lower case”: Among her ranks is Michaela Coel, who appeared in one of the best TV shows of the year I May Destroy You ”and played the lead role. ”

Since that was also a year when people often withdrew for easy viewing, writer Caity Weaver introduced Cher, whose classic 1987 film “Moonstruck” revived that year.

From Pac-Man’s Bonus Fruits to Mario’s Magic Mushrooms, read about the intriguing roles that food gaming plays in the video game industry.

You can now watch a selection of James Bond films for free on YouTube in a marathon.

The pangrams from yesterday’s Spelling Bee were Handling and Hochland. Today’s puzzle is up – or you can play online if you have a game subscription.

PS Twitter account @nythaikus found in a Times story a poem about crowdfunding efforts to buy President Trump’s children’s home: “The White House did not respond to a request for comment Tuesday.”