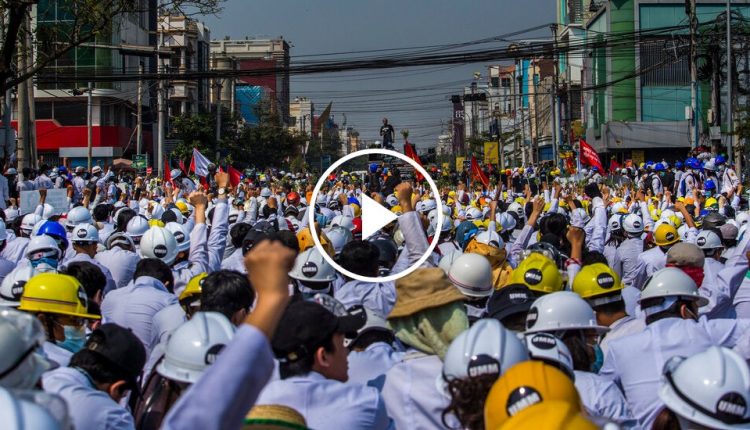 A number of Protesters Killed in Myanmar Navy Crackdown

The military used live ammunition and tear gas in cities across Myanmar on Sunday and attacked protesters calling for a return to democracy since a February 1 coup. At least 18 were killed, the United Nations said.