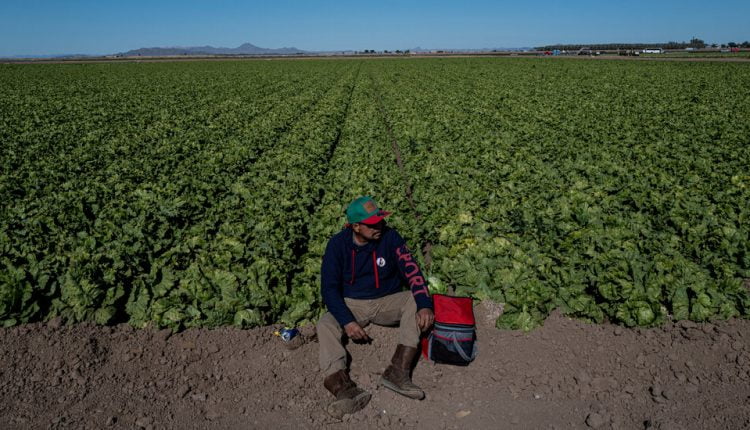 Yuma County, Arizona, which produces the lettuce, broccoli, and other leafy greens that Americans consume during the colder months, is known as “America’s Salad Bowl.” Now it has become a winter greenhouse for Covid-19.

As the pandemic progressed, the Yuma area has identified more coronavirus cases than any other region in the United States. Every sixth inhabitant has become infected with the virus.

Each winter, the county’s population grows by 100,000 to more than 300,000 as field workers come to the farms and snowbirds from the Midwest move to RV parks. This seasonal ritual creates jobs and increases local spending and tax revenues. But this year the influx has become deadly.

Even if coronavirus cases across the country are gradually leveling off, the virus is still raging in many border communities. Three of the six metro areas with the highest rate of known cases since the outbreak began are small towns in Mexico: Yuma; Eagle Pass, Texas; and El Centro, California. In Laredo, Texas, cases are increasing more than three times as much as in the hard-hit areas of Los Angeles and Phoenix.

Seasonal migration, the daily back-and-forth of people, and lax measures to contain the spread of the virus have created a flammable constellation. Arizona has seen one of the highest increases in newly reported deaths in any state in the past two weeks – and it’s not clear when this worrying trend will wear off.