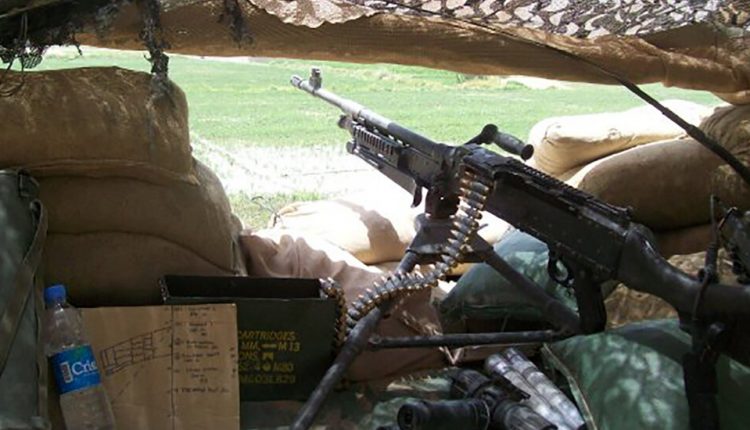 In the months and years that passed, human bones buried in the rock were discovered as American units rolled in and out of the outposts, and the destruction of Corporal Kelly’s discovery in 2008 turned into part of its mystique.

An American missile hit the outpost before the Marines captured it, the Americans said later, and Taliban fighters buried inside.

But the bones were almost certainly not Taliban: they were decades, and in some cases, probably centuries, old.

A local scholar in Garmsir, speaking on condition of anonymity for fear of retaliation, said the hill was originally a fortress, but hundreds of years ago its use changed. Locals, he said, and eventually ethnic Pashtuns, saw it and other similar structures in the area as spiritual sites and turned them into tombs.

In the years before the 1740s, before the Pashtuns found their way to Garmsir, the fort, the foundation of Observation Post Rock, is believed to have been built, according to local officials and residents.

Who built it is unclear, but the Safavid, Mughal and Ghaznavid empires, as well as Alexander the Great, all left their mark on the region. Local residents of the area sometimes call these hills (there are several in the district) a remnant of Maliko Tawafee, an Arabic phrase also used in Persian that describes a system of government in which each tribe is led by a local king or elder.

The last likely use of the rock as a cemetery could have been around 1980, at the start of the Soviet-Afghan war, the local scholar said when militants, some led by insurgent commander Nasim Akhundzada, surrounded and captured approximately 40 Afghan communist police officers in the area Near Amir Agha.