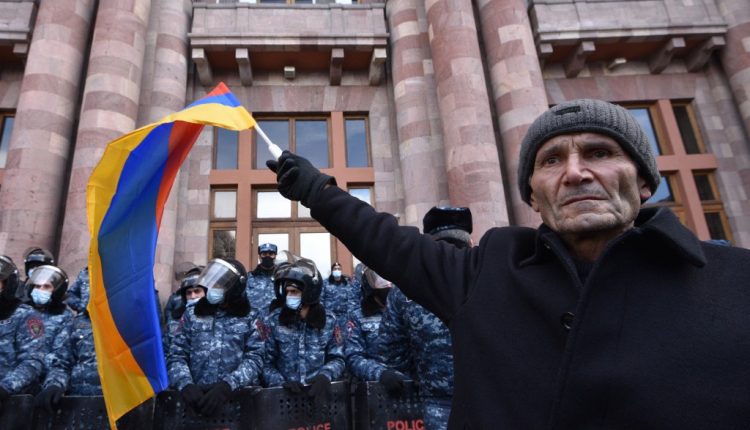 The opposition is calling for Prime Minister Nikol Pashinyan to resign because of his handling of the Nagorno-Karabakh conflict with Azerbaijan.

Armenian Prime Minister Nikol Pashinyan has supported the prospect of early parliamentary elections next year after major protests against his handling of the Nagorno-Karabakh conflict with Azerbaijan.

Pashinyan wrote on Facebook Friday that he was inviting parliamentary and interested non-parliamentary powers to hold talks on the issue, although he did not provide an exact date for them.

“I am not holding on to the Prime Minister’s seat,” he said, but added that he was ready to move forward “if people reaffirm their confidence in these difficult times”.

Pashinyan has been under severe pressure since the end of the fighting between Armenia and Azerbaijan in the Nagorno-Karabakh region. The opposition is demanding his resignation and blaming him for the defeat against Azerbaijan.

Since the signing of the peace agreement between the two neighbors on November 10, the opposition politicians in Armenia and their supporters have been calling for Paschini’s resignation.

Through the agreement, Azerbaijan regained control of large parts of Nagorno-Karabakh and the surrounding area, which it had lost in the early 1990s.

The Russian-brokered agreement ended 44 days of fierce fighting during which the Azerbaijani army routed the Armenian forces.

Pashinyan has defended the peace agreement as a painful but necessary step to prevent Azerbaijan from overflowing the entire Nagorno-Karabakh region.

He argued on Friday that his critics lacked broad public support for their claim.

“There is only one way to get answers to these questions: through early general elections,” Pashinyan wrote on Facebook.

Opposition supporters continued to block the streets in the Armenian capital on Friday, occasionally fighting with police.

Nagorno-Karabakh is located in Azerbaijan but has been under the control of ethnic Armenian forces supported by Armenia since the end of a war in 1994.

On September 27th of this year fighting broke out in the region and lasted until November 9th. In total, more than 4,600 people died on both sides – most of them soldiers. 60 civilians were killed on the Armenian side alone.