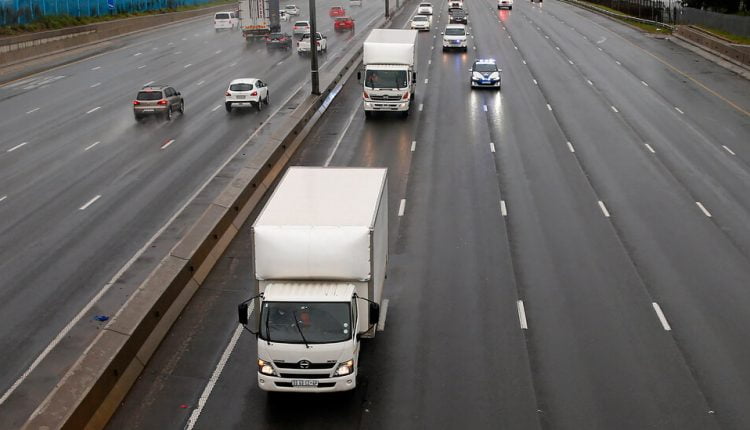 South Africa stopped using the AstraZeneca-Oxford coronavirus vaccine on Sunday after it was found the vaccine did not protect clinical trial volunteers from mild or moderate illnesses caused by the more contagious variant of the virus first seen there.

The results were a devastating blow to the country’s efforts to fight the pandemic.

Scientists in South Africa said Sunday that a similar problem existed for people infected with previous versions of the coronavirus: the immunity they gained naturally did not seem to protect them from mild or moderate cases than what was known from the known Variant were re-infected as B.1.351.

The developments that occurred almost a week after a million doses of the AstraZeneca-Oxford vaccine hit South Africa were a huge blow to the country, where more than 46,000 people are known to have died from the virus.

They were also another sign of the dangers posed by new mutations in the coronavirus. Variant B.1.351 has spread to at least 32 countries, including the USA.

The number of cases evaluated as part of the studies outlined by South African scientists on Sunday was small, making it difficult to determine exactly how effective the vaccine might or might not be against the variant.

And since the clinical trial participants studied were relatively young and unlikely to get seriously ill, it was impossible for the scientists to determine whether the variant affected the AstraZeneca-Oxford vaccine’s ability to protect against severe Covid-19, hospitalization, or death.

However, the scientists said they believed the vaccine might protect against more severe cases, based on the immune responses seen in blood samples from people who were given it. If further studies show it is, South African health officials will consider resuming use of the AstraZeneca-Oxford vaccine, they said.

The new research results were not published in a scientific journal. However, the discovery that the AstraZeneca-Oxford product showed minimal effectiveness in preventing mild and moderate cases of the new variant contributed to the growing evidence that B.1.351 makes current vaccines less effective.

Pfizer and Moderna have both said that preliminary laboratory studies show that while their vaccines are still protective, they are less effective against B.1.351. Novavax and Johnson & Johnson have also sequenced test samples from their participants in clinical trials in South Africa, where B.1.351 caused the vast majority of cases, and both reported less efficacy there than in the US.

“These results are really a reality check,” said Shabir Madhi, a virologist at Witwatersrand University who conducted the AstraZeneca-Oxford vaccine study in South Africa, of the results published on Sunday.

The pause in the introduction of the AstraZeneca-Oxford vaccine in the country means the first deliveries are now being made in warehouses.

Instead, South African health officials said they would be vaccinating health workers with the Johnson & Johnson vaccine in the coming weeks, which has shown strong efficacy in preventing severe cases and hospitalizations caused by the new variant.

Johnson & Johnson has applied for an emergency permit in South Africa. However, the local health authorities said that some health workers could receive the vaccine before its approval as part of an ongoing study.

In the AstraZeneca-Oxford study in South Africa, around 2,000 participants received either two doses of the vaccine or placebo injections.

This equates to a vaccine effectiveness of 10 percent, although the scientists didn’t have enough statistical confidence to know for sure if that number would apply to more people.

The researchers also conducted laboratory experiments on blood samples from people who had been vaccinated and found a significant reduction in the levels of activity of vaccine-generated antibodies to the B.1.351 variant compared to other lines.

Aside from the disturbing news about the AstraZeneca-Oxford vaccine, Dr. Madhi on evidence that previous infection from previous versions of the coronavirus did not protect people in South Africa from variant B.1.351.

To determine who was previously infected with the coronavirus, the researchers tested blood samples from people who had participated in a study of the Novavax vaccine but who were given placebo shots rather than the vaccine itself.

Dr. Madhi wrote on a slide that was presented on Sunday evening that “previous infections by ‘original’ variants of SARS-CoV-2 do NOT protect against mild and moderate Covid-19 from the B.1.351 variant.”

He said it was possible that the potential of the B.1.351 variant to evade immune responses in previously infected people was at least partly responsible for why South Africa has suffered such a devastating second wave of the virus in recent months.

Oxford University researchers admitted on Sunday that the vaccine offers “minimal protection” against mild or moderate cases with variant B.1.351. They are working on a new version of the vaccine that can protect against the most dangerous mutations of variant B.1.351 and hope that it will be ready in the fall.

“This study confirms that the pandemic coronavirus is expected to find ways to spread further in vaccinated populations,” Andrew Pollard, lead investigator for the Oxford vaccine study, said in a statement. “Given the encouraging results of other studies in South Africa using a similar viral vector, vaccines can continue to reduce the burden on health systems by preventing serious diseases.”

Moderna has also started developing a new form of its vaccine that can be used as a booster shot against the variant in South Africa.

B.1.351 has become the dominant form of the virus in South Africa and has been found in several dozen countries. A small number of cases have been reported in South Carolina, Maryland, and Virginia.

Scientists believe that B.1.351 may be better able to evade antibodies produced by vaccines because it has acquired a mutation called E484K that makes it difficult for antibodies to capture the virus and prevent it from entering cells.

Another fast-spreading variant of the virus, known as B.1.1.7 and first identified in the UK, does not appear to affect the vaccines. All five leading vaccines, and most recently AstraZeneca’s product, were found to offer similar protection against B.1.1.7 when compared to previous lineages of the virus.

AstraZeneca’s vaccine has been approved by around 50 countries, including the UK, which has found dozens of cases of the variant first seen in South Africa.

In the US, regulators are waiting for data from a large late-stage clinical trial of the AstraZeneca-Oxford vaccine, which is expected to be published in March.