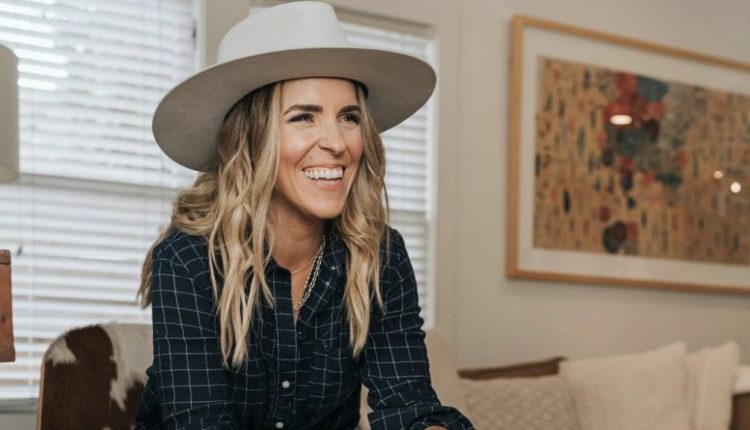 In today’s corporate world, it’s common for people to refer to themselves as homemade. However, I’m not sure there is anyone better suited to this bill than Rachel Hollis.

Hollis was known as an event planner and blogger in Los Angeles for nearly a decade before rising to prominence in 2018 with her self-help book Girl, Wash Your Face.

Hollis was born and raised in Kern County, California. She has led a fascinating, often difficult life, which she has spoken and written about at length. At the age of 14, Hollis discovered her brother after he had committed suicide and she says she still carries the pain with her to this day. Hollis describes her childhood as tough, but notes that all of the difficulties she went through have led her to do what she does today. She works not only as a media personality and writer, but also as one of the country’s leading trainers for women.

“I keep getting up,” she tells me. “I’ve failed in a million ways. I’ve sucked on things that I wanted to do. I was told no, I embarrassed myself and I keep getting up and going.”

Hollis had to face this part of her personality and wonder why she never lets life get down to her.

“I’ve been looking back for the past five years and trying to figure out what it is.” She said to me. “I wonder what are you doing that makes it so that you can rise above negative feedback and criticism and people don’t believe you and honestly, [it’s] Imagination.”

Hollis tells me that no matter what she sees in life, she never loses sight of the life she envisions and that this vision will get her through the difficult times.

In addition to her imagination, Hollis had to look at some hard truths from her past and adjust her behavior and dealing with those difficulties changed things for her. “In the past, I knew I made a lot of bad decisions because I wanted love from others,” she says. “I’m a recovering connoisseur and I’ve spent so many years rubbing against anything to be pretty and thin enough and all these things because I thought if I am like that, then you will love me. One of the deepest experiences of my adult life was understanding, if I knew what I wanted to achieve, I could create it in myself. So I made a decision that I would never indulge in love in unhealthy ways again. “

Like most successful women living in society today, Hollis is not without her share of internet haters, but she chooses time and again to stand up and move on to the next step and offer her readers what she can, and does this includes your last book about your experiences in 2020 was called “Didn’t See That Coming”.

“In March, when we went into quarantine, I was in the process of editing the book that was due out this year. It was all about health and women’s relationships with their bodies and all the things that we raised to believe in ourselves, “she says. “I tend to write with a lot of humor and a lot of disrespect and I read this book right at the beginning of Covid and everyone was so scared … I was scared, there was so much fear and pain and all these things and me Just thought this was the wrong tone. If I want to get a book out in 2020, I don’t want it to be silly. I don’t want to tell ridiculous jokes. “

Hollis called her editor and shared her feelings. Her editor asked what she would rather write. Hollis says she sat down to write and ideas started flowing.

Hollis wondered if she could put together a collection of everything she had learned in her life that could help others deal with such challenges. She admits this book is not her usual tone of carefree self-help, but believes it is needed. “This book is not for everyone,” she says. “This is a book for people who have been through something difficult or are going through something difficult and you just want some support and you want some ideas and a joke or two that hopefully will give you some ease in the process.”

2020 was a difficult year for Hollis. Not only was she hit by the pandemic like all of us (all of her company’s events have been canceled), but she also divorced her partner for more than a decade. She moved into a new house of her own and learned how to navigate to let go of pain or resentment from the breakup and work with her ex to break up, prioritizing her four children in the process. Still, she found things to celebrate. Perhaps it was that rough childhood she talked about, or all of her years of overcoming her trials, failures, and successes, but throughout all of this, Hollis remains the master of her own destiny.

“For so much [time] you do these things and you fail and you go again and you get up again and you do it in the dark, “she says.” With nobody who puts down roots for you and doesn’t make any money and nobody cares. And I really believe that number one is joy in this trip. That we will become masters of our own destiny. We have to say that I do. Good, bad or different, I do that with my life. And very few people can say that. “

More from my interview with Rachel Hollis here:

The State Division is warning People that assist shall be restricted in the event that they go overseas for nonessential causes.