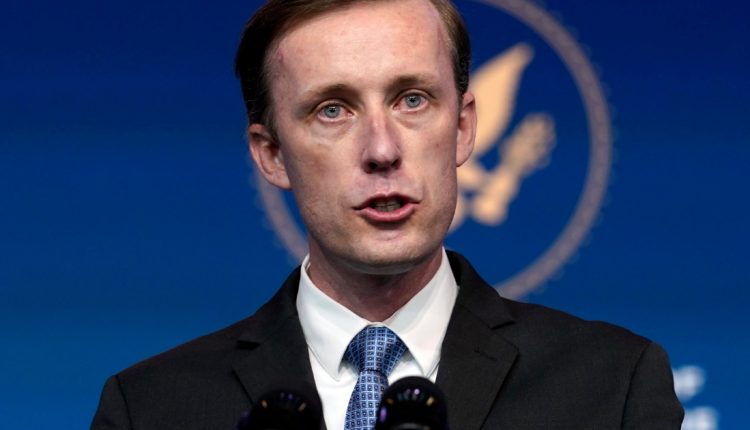 “In our view, a critical early priority must be addressing the escalating nuclear crisis as it (Iran) gets closer and closer to enough fissile material for a weapon,” Sullivan told a US Institute-sponsored online peace program on Friday.

“We want to make sure we set some of the parameters and limitations associated with the program that have been removed in recent years,” continued Sullivan.

Sullivan’s comments come after Biden’s new Foreign Secretary Tony Blinken insisted on Wednesday that Tehran must revert to Iran’s 2015 nuclear deal before Washington did so.

Blinken said, “If Iran were to fully honor its obligations under the JCPOA, the United States would do the same.”

Tehran will not accept US demands to reverse the acceleration of its nuclear program before Washington lifts sanctions, Foreign Minister Mohammad Javad Zarif said Friday.

The demand “is impractical and will not come true,” he said at a joint press conference in Istanbul with his Turkish counterpart Mevlut Cavusoglu.

Iran violated the terms of the agreement as it reacted step-by-step to the decision of Biden’s predecessor Donald Trump to abandon the agreement in 2018 and reinstate sanctions against Tehran.

Earlier this month, Iran resumed uranium enrichment at its Fordow underground nuclear power plant to 20 percent – a level it had reached before the deal.

However, Iran has said it will be able to quickly reverse these violations if US sanctions are lifted.

“If the United States honors its commitments, we will fully honor our commitments,” he said.

“Hard look” at the Taliban agreement

Sullivan discussed the May 1 withdrawal deadline for the remaining US forces in Afghanistan under the deal and said they would “look closely” at how the Taliban are complying with their US deal before deciding how to proceed .

The February 2020 agreement with the Taliban provides for a full withdrawal of US troops by May 2021 so that the group can meet the security guarantees.

Sullivan pointed out that the agreement contains three conditions that are “conspicuous” for the Biden government: the dismantling of the Taliban’s relations with “terrorist” groups, their “meaningful” reduction in violence and support for ceasefires, and their participation in “real… no false negotiations with the Afghan government.

“What we are doing now is to take a close look at the extent to which the Taliban actually meet these three conditions, and it is in this context that we are making decisions about our position in the armed forces and our future diplomatic strategy.” Sullivan said.

His comments come a day after the Pentagon said “it is very difficult” to “find a way forward” with the deal without the Taliban honoring its commitments.

“Without them fulfilling their commitments to renounce terrorism and stop the violent attacks on the Afghan national security forces, it is very difficult to find a concrete way to negotiate a solution, but we are still committed to it,” said the Pentagon. Spokesman John Kirby told reporters on Thursday.

US officials and diplomats said relations between the Taliban, particularly the branch of the Haqqani network, and al-Qaeda remain close.

“So far, to put it politely, the Taliban have been reluctant to meet their demands,” added Kirby.

Meanwhile, the Taliban on Friday accused the US of violating its side of the deal with a spokesman who said “they violate it almost every day”.

“They are bombing civilians, houses and villages, and we have informed them from time to time that these are not only violations of the agreement, but also human rights violations,” Mohammad Naeem, a Taliban spokesman in Qatar, told the AFP Friday news agency.

Sullivan also said Friday that the United States should be willing to pay China’s actions against Uighur Muslims in Xinjiang, its actions in Hong Kong and its threats against Taiwan.

He said the US must speak with clarity and consistency and “be ready to act and charge a cost for what China is doing in Xinjiang, what it is doing in Hong Kong, for fighting readiness and the threats it projects towards Taiwan “.

He said the China issue is at the forefront of those that should be addressed between the US and its allies in Europe, and stressed the need to agree common responses with Europe to China’s trade and technology abuse.

“We don’t have a completely coordinated perspective on each of these topics. I think China is high on the list of things we need to work together on and where there is work to be done to achieve full alignment. ”

The Biden administration, which took office on Jan. 20, has announced that it will continue Trump’s tough approach to China, but wants Beijing to work together on political priorities such as climate change.

At the last minute, Blinken confirmed his predecessor Mike Pompeo’s finding that China had committed genocide in Xinjiang. The move increases the pressure on further US sanctions, which the Trump administration has also imposed because of Beijing’s crackdown on democracy in Hong Kong.

Biden’s government issued a strong statement in support of Taiwan in the face of increased Chinese military activity near the island, stressing that US engagement with Taipei is “absolutely solid”.

Two Teams Announce An Effort To Enhance Variety In Boardrooms