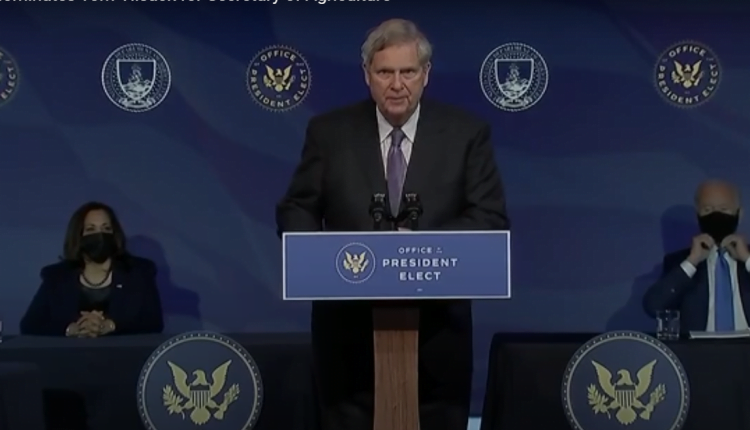 The election of President-elect Joe Biden to head of the US Department of Agriculture (USDA) Tom Vilsack hosted a virtual meeting Tuesday with a litany of black farming organizations.

Vilsack met with the groups to discuss the important problems facing black farmers today. These issues include reliable broadband internet in rural areas, the importance of the Justice Act for black farmers, and the discrimination black farmers face when trying to access programs, technical and financial assistance from the USDA

According to the Guardian, there are only about 45,000 black farmers left today. In 1920 there were more than a million.

During the meeting, Vilsack reaffirmed its commitment to building and building strong partnerships with organizations that provide support and assistance to black farmers. Vilsack also wanted to ensure that black farming organizations had a seat at the table while he was on duty.

“We hope that Vilsack, if confirmed, will reverse many of the harmful policies put in place during the Trump administration,” said Alexander Rony, a Sierra Club official. “But we also know that a return to the status quo wins.” It is not enough to address climate change and racial justice sensibly. “

“He knows exactly how hard the job is, and when he agrees to do it again, he shows a high level of commitment to the public service.”

“We see it as a positive thing,” Pat McGonegle, executive director of Iowa Pork Producers, told the courier. “Vilsack understands production farming and we appreciate he’s willing to come back because he’s a seasoned man.”

Vilsack, a former Ohio governor, held that position for eight years under the Obama administration. During this time, Vilsack oversaw several improvements at the USDA, including resolving longstanding discrimination cases to provide settlements for black farmers. Vilsack also created the first advisory committee for minority farmers.

If confirmed, Vilsack will take over the USDA at a time when Trump’s trade war with China has made things worse for US farmers, especially smallholders.

Smallholder bankruptcies have increased, even with record levels of federal aid. According to the New York Times, dairy farmers are currently struggling with falling prices related to excess milk and the popularity of oat, almond, and plant-based alternatives.

Some farmers have had to give away literally thousands of pounds of potatoes due to the impact of the coronavirus pandemic on the bar and restaurant industry.