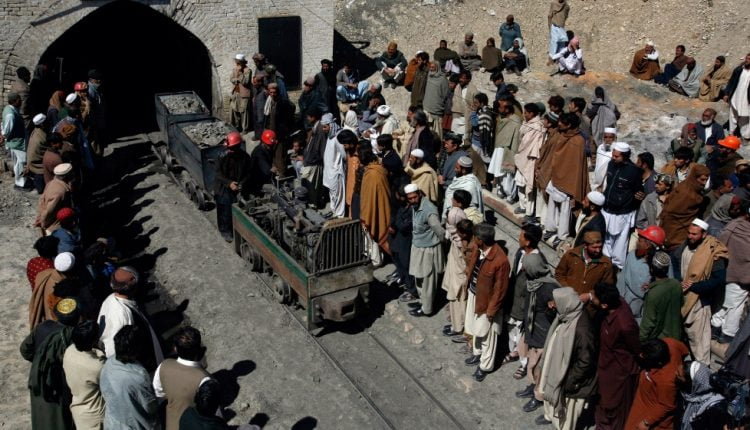 Two injured workers were pulled out of the mine after several hours of rescue operations.

Six miners were killed in an explosion in a coal mine in southwest Pakistan near the border with Afghanistan, officials said Friday.

They were among the eight miners trapped about 300 meters underground when methane gas accumulated in the coal field in Marwar in Balochistan Province.

“Six bodies were recovered from the affected mine this morning by the rescue team,” said a senior mine directorate.

“The mine has been closed and the Chief Inspector of Mines has ordered an investigation into the incident.”

Two injured workers were pulled out of the mine after several hours of rescue operations.

Lala said the government and mine owners failed to ensure safe working conditions at the sites.

Mining is considered one of the most dangerous tasks in Pakistan due to low safety standards and poor working conditions.

A methane gas explosion in another coal mine in Marwar in May 2018 killed 20 workers.

In August this year, seven people were killed in another methane explosion in the city of Quetta.

In 2011, 45 miners were killed in a methane explosion, also in Balochistan.

Sparsely populated and impoverished Balochistan is home to large deposits of coal, natural gas, copper and gold, many of which are extracted through China-backed operations.