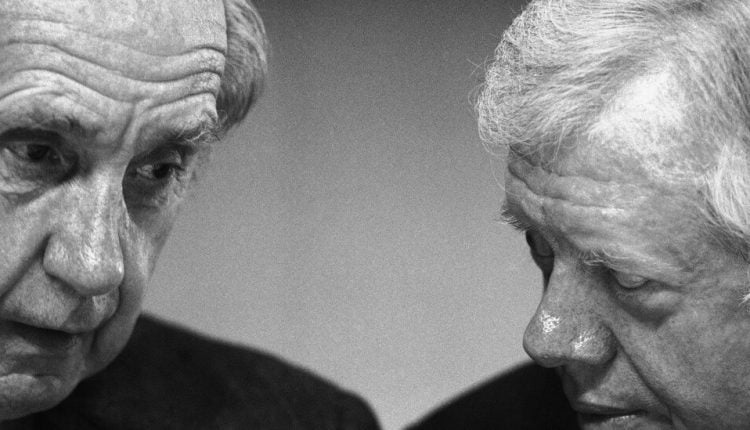 Brian Urquhart, Troubleshooter for the U.N., Dies at 101

In a post-war period of revolutions, regional disputes, and Cold War conflicts, obscured by fears of an east-west nuclear fire, Mr. Urquhart deployed his lightly armed peacekeepers, often leading them to war zones in the Middle East, Congo, and southern Africa. Kashmir, Cyprus and other places. Sometimes they failed to defuse explosive situations, but they often managed to ease tension and help refugees.

“The United Nations may have been marginalized a long time ago when it came to world politics,” wrote Madeleine G. Kalb in a 1982 New York Times Magazine profile of Mr. Urquhart, an undeniably proud achievement – peacekeeping in conflicts in which the vital interests of the great powers were not directly involved. “

As a crisis negotiator in shooting wars, he was often in danger. When he tried to subjugate a secession province of Katanga Province in 1961 in Congo, he was kidnapped, held for hours, and kicked and beaten with rifles by rebel forces until Katanga’s President Moise Tshombe intervened to save his life.

By 1986, when Mr. Urquhart retired, he had led 13 peacekeeping operations, recruited a force of 10,000 soldiers from 23 countries, and established peacekeeping as one of the most visible and politically popular functions of the United Nations. In an editorial, the New York Times greeted him as a visionary peacekeeper.

“Mr. Urquhart continues to believe that the Soviet Union and the United States may still find it in their interests to engage in peacekeeping operations that may include local conflict,” the editorial said. “As Mr. Urquhart ponders his life ministry, ‘ Why shouldn’t the lion sometimes lie down with the lion instead of frightening all the lambs by their mutual hostility? ‘”

The UN peacekeeping forces won the Nobel Peace Prize in 1988.

Brian Edward Urquhart was born on February 28, 1919 in Bridport in southwest England, one of two sons of Murray and Bertha (Rendall) Urquhart. His father left the family when he was 7 years old. His mother taught at the Badminton School in Bristol and with his brother Andrew at the school elsewhere, Brian enrolled as the only boy out of 200 girls there. One of his classmates was Indira Nehru who became Indian Prime Minister Indira Gandhi.

He graduated from Westminster School in London in 1937. After two years at Oxford University, he joined the British Army when World War II began in 1939. During the training camp in 1942, his parachute partially failed in the last few moments of a jump; He remembered looking up at his “tulip shape” as he fell into a plowed field. Badly injured, he was told he could never walk again. But within a year he had returned to his unit and saw action in North Africa and Sicily.