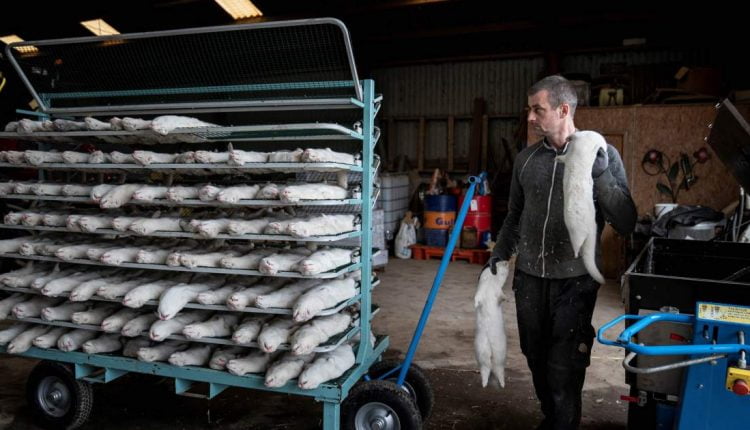 The movement comes amid fears of health risks after mink carcasses rise from the ground and are pushed upward by gases from the decomposition.

Denmark will expel millions of minks from mass graves after some carcasses resurfaced after being culled last month, raising health risk concerns.

Officials ordered Denmark’s entire herd of approximately 15 million mink, bred for their pelts and valued in the high-end fashion industry, to be destroyed in early November after it was discovered that a mutated form of the novel coronavirus had been transmitted between the animals and People.

After the cull, four million animals were hastily buried in mass graves at military sites near Holstebro and Karup in western Denmark.

Authorities claimed there was no risk of the graves spreading the novel coronavirus, but local residents raised concerns that the carcasses could contaminate drinking water supplies and a swimming lake less than 200 meters from the mass graves.

Those fears heightened after hundreds of mink carcasses recently emerged from the area’s sandy soil as gases from the decomposition process pushed them out of the ground.

Amid the crisis, the Danish government said on Sunday it had received parliamentary support to dig up the carcasses buried in the military areas, according to a statement from the Ministry of Food and Agriculture.

The exhumation begins in May next year, when the risk of infection is over. The remains are transported to nearby waste incineration plants and cremated.

“In this way we avoid the mink being treated as hazardous biological waste, a solution that has never been used before,” the ministry said in a statement.

The Danish government previously admitted that it had no legal basis for the cull, which also killed healthy animals. The country’s agriculture minister had to resign because of the fiasco.

Denmark is the world’s leading exporter of mink skins, and their skins are in great demand due to their high breeding standards.

The country’s farms account for about 40 percent of total world production, with most exports going to China and Hong Kong.

Around 6,000 people are employed in the industry nationwide. However, the industry is likely to be put on hold by a bill that bans mink keeping until 2022 and is expected to become law on Monday.

The High Programming Languages Entrepreneurs Ought to Know in 2021