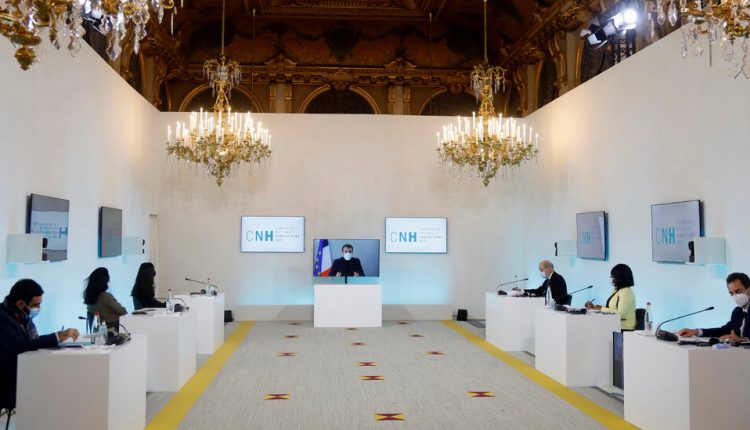 When French President Emmanuel Macron entered his third day in isolation after being infected with the coronavirus, his doctor said on Saturday that he was in “stable health” compared to Friday.

On Friday, one day after the positive results of his coronavirus test were announced, Mr. Macron posted a self-made video in which he promised to “report daily on the development of the disease” – an event and a commitment that marked a new beginning France’s tradition of secrecy about the health of its presidents.

Although it is still unclear how Mr Macron got infected with the virus, French Health Minister Olivier Véran said on Thursday that he was likely not infected in the President’s Élysée Palace but “possibly at a European Council in four or five days ago Brussels”. during dinner with other heads of state.

The Slovak Prime Minister Igor Matovic is said to have tested positive for the virus on Friday. Mr Matovic attended the same European Council last week.

Regarding the general situation in France, where the number of new daily cases has risen again recently, Mr Macron warned on Friday: “We must be vigilant as the virus is gaining strength again.”

France ended a lockdown a few days ago to tackle the second wave of the coronavirus pandemic. But the country is already grappling with a surge in infections.

“The evolution of the pandemic is worrying,” said Jérome Salomon, a senior official with the French Ministry of Health, adding that the upcoming Christmas break could be a “high risk time”.

The number of new daily Covid-19 cases, which fell below 10,000 at the end of November due to lockdown restrictions, has increased again, reaching an average of 13,000 cases per day over the past seven days.

In other news from across Europe:

Raphael Minder and Christina Anderson contributed to the coverage.