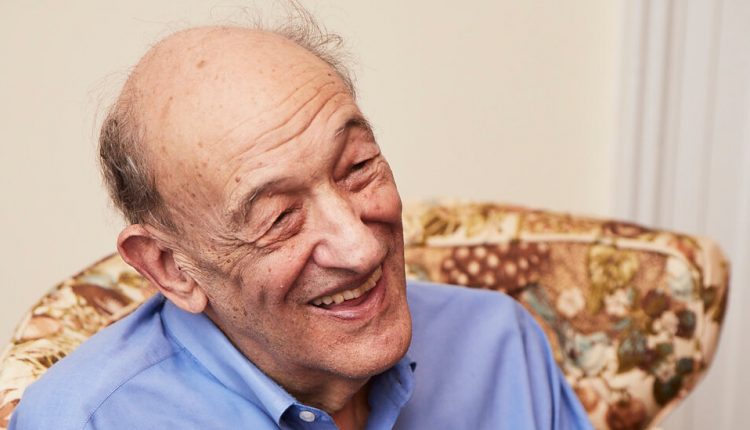 Ezra F. Vogel, an eminent East Asian scholar at Harvard University whose writings on modern politics and society in China and Japan helped the world understand the rise of these two Asian powers, died on Sunday in Cambridge, Massachusetts. He was 90 years old.

The hospital death was confirmed by his son Steven, who said the cause was complications from the surgery.

When Japan rose as an economic power in 1979, Professor Vogel published the book “Japan Number One: Lessons for America”. It was a provocative title for a nuanced book in which he set out in factual prose how and why Japan had caught up with the United States and, in some cases, surpassed it. Among the reasons he cited was Japan’s ability to efficiently govern and educate its citizens and control crime.

“In 2000, when I was thinking about what book to write to help Americans understand what was going on in China, I thought the most important thing was this new policy of opening and reforming from December 1978,” recalled he was his alma mater in a lecture at Ohio Wesleyan University last year. “I had the opportunity to describe this by telling the story of the Führer who led this.”

The result was an 876-page book on Deng Xiaoping, one of the most detailed biographies to date of the pragmatic leader who brought China out of the chaos of the Mao years and implemented reforms that helped lift hundreds of millions of Chinese out of poverty. “Deng Xiaoping and the Transformation of China” was published in 2011 and drew on a decade of research and interviews with the notoriously private children of key Communist Party figures such as Zhao Ziyang, Hu Yaobang and Deng. Professor Vogel also interviewed former Chinese leader Jiang Zemin.

The book was awarded the Lionel Gelber Prize in 2012 and was, among other things, a finalist in the National Book Critics Circle Award for biography. However, it was also criticized by some who said Professor Vogel was overly lenient in his assessment of Deng, including the leader’s role in the bloody crackdown on democracy protesters at Tiananmen Square in Beijing in 1989.

Professor Vogel defended his work in a 2011 interview with the New York Times. “It’s unfair because I’m very critical in some areas,” he said. “The view of Deng for many Americans is so colored on Tiananmen Square. You think it’s awful. I have the same point of view. But it is a scholar’s responsibility to have an objective view. “

Both “Japan As Number One” and “Deng Xiaoping” were written for American readers, and both did well in the US. But the books were particularly well received by Japanese and Chinese readers abroad: Professor Vogel held up a mirror to their countries so that they could see the transformation of their societies in a new light.

In Japan, “Japan Number One” sales eclipsed US sales, and the book became a favorite topic on Japanese television talk shows

“The timing was perfect,” said Glen S. Fukushima, a senior fellow at the Center for American Progress in Washington and a former PhD student of Professor Vogel, in a telephone interview. “It was pretty famous for a Harvard professor to publish a book that was labeled ‘Japan Number One’.”

In China, “Deng Xiaoping” became a bestseller, although several passages of the book were cut or changed by government censors. Chinese readers devoured the book and reportedly purchased 500,000 copies when it was released in 2013.

As a sign of Professor Vogel’s widespread influence, Chinese personalities expressed condolences following the news of his death, including a former student protest leader in Tiananmen Square and a spokesman for the Chinese Foreign Ministry.

“Professor Ezra Vogel has made unremitting efforts to promote communication and exchanges between China and the United States and to improve mutual understanding between the two peoples,” said Wang Wenbin, the State Department spokesman, at a press conference, naming Professor Bird “an old friend” of the Chinese people. “

Ezra Feivel Vogel was born on July 11, 1930 in Delaware, Ohio, to Joe and Edith (Nachman) Vogel, Jewish immigrants to the United States. His father ran a men’s and boys’ clothing store in town. His mother was a stenographer and journalist and later worked as an accountant and cashier in the store.

After graduating from Ohio Wesleyan University in 1950, Professor Vogel served two years in the Army. He then enrolled for a Ph.D. Program in sociology at Harvard where he studied the American family. In the middle of the program, he was challenged by Florence Kluckhohn, a Harvard anthropologist and one of his thesis advisors.

“She said to me, ‘You’re so provincial, you’ve never been outside the US. How can you talk about American society when you have nothing like it?’” He recalled in the 2019 Ohio Wesleyan lecture.

Professor Vogel and his then wife Suzanne Hall Vogel, who later became a researcher of Japanese culture, soon packed their bags and went to Japan.

The young couple embedded themselves in a suburb of Tokyo and interviewed six families about once a week for a year. The resulting book “Japan’s New Middle Class” (1963) documented the emergence of the office worker or “salary earner” as well as everyday family life in post-war Japan. It immediately became a classic.

After returning to the United States in the early 1960s, Professor Vogel briefly worked as an assistant professor at Yale University. However, with the fall of the McCarthy era, new opportunities arose for scientists to study China. Soon Professor Vogel was at Harvard, where he studied Chinese language and history as a postdoctoral fellow from 1961 to 1964. In 1964 he was promoted to lecturer and in 1967 to professor.

Over the years he has held various positions at the university including co-founder and director of the US-Japan Relations Program from 1980 to 1987 and director of the Asia Center from 1997 to 1999. In 1993 he took a two-year leave of absence from Harvard as a National Intelligence Officer for East Asia at the National Intelligence Council in Washington. He retired from classes in 2000.

During his tenure at Harvard, Professor Vogel maintained a broad network of young scientists, including the so-called “Juku” (Japanese study group), which often brought together Japanese students in his Cambridge home.

Thomas B. Gold, a former undergraduate and retired professor of sociology at the University of California at Berkeley, remembered meeting for seminars over instant coffee in the converted attic of the professor’s house.

“He would be the first to sit on the floor,” recalled Professor Gold. “I couldn’t believe how unpretentious he was, a great shooter like him at Harvard.”

As a scientist, Professor Vogel refused to enroll in the methodology and was largely uninterested in elegant theories or quantitative modeling. For his first book on China, published in 1969, he relied mainly on studying newspapers and interviews in Hong Kong with refugees who had fled nearby Guangzhou to paint a picture of the region under communism. For another book, “One Step Ahead in China” (1989), he was invited by heads of government in Guangdong to see firsthand how post-Mao economic reforms were implemented at the local level.

At the age of 89, he published his last book, China and Japan: Faced with History, in 2019 and expressed the hope that the book – a look back at the history of political and cultural relations between the two countries over 1,500 years – would help improve it would be understanding in this tense relationship.

At the time of his death he had been working on several projects: his personal memories; a book on Hu Yaobang, China’s popular reform leader; and a paper co-authored with Harvard political scientist Graham Allison that includes recommendations for the new presidential administration to improve Sino-US relations.

Professor Vogel’s first marriage ended in divorce. In addition to his son Steven, professor of political science and Japan specialist at the University of California at Berkeley, his second wife, Charlotte Ikels, survived, whom he married in 1979. another son, David; a daughter, Eve Vogel; a sister, Fay Bussgang; and five grandchildren.

Like many other long-time Chinese scholars, Professor Vogel had watched the recent downward spiral in US-China relations with dismay.

And yet he remained optimistic.

In 2018, Zhao Wuping, deputy editor-in-chief of Shanghai Translation Publishing House, expressed concern to Professor Vogel that it was becoming increasingly difficult for the publishing industry in China to translate and publish works by American authors.

Professor Vogel interjected with a few words of encouragement.

“You will definitely have some difficulty in this area,” Mr. Zhao reminded him. “But don’t lose your trust; you’re doing the right thing. “

He added, “We have to be patient.”