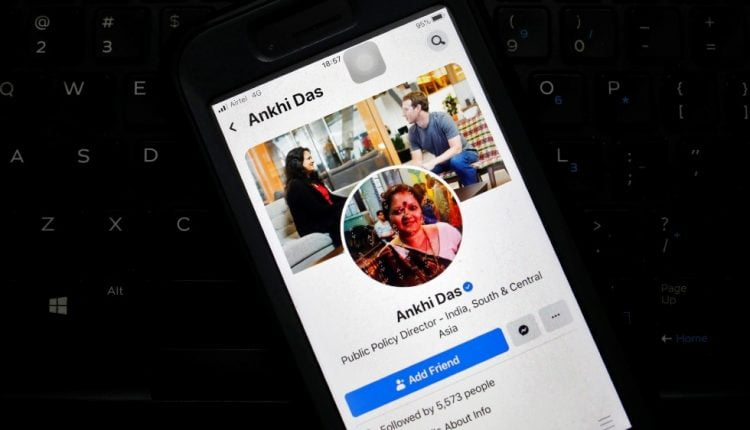 According to reports earlier this year, Ankhi Das refused to dismantle anti-Muslim posts on the social media platform, sparking a political storm.

Facebook’s top public policy manager in India, who was at the center of controversy over its alleged failure to address hate speech on the platform, has resigned, the social media giant said Tuesday.

The network sparked a political storm in India after the Wall Street Journal (WSJ) reported in August that political chief Ankhi Das refused to dismiss anti-Muslim posts from a Hindu nationalist legislature as it could harm the company’s business interests.

The legislature from the southern state of Telangana, T Raja Singh, is a member of Prime Minister Narendra Modi’s Bharatiya Janata Party (BJP).

In his Facebook posts, Singh called for the shooting of Rohingya refugees, called India’s traitors to the Muslims and threatened the demolition of mosques.

Facebook blocked him after the WSJ report was published, which also detailed other BJP politicians and Hindu nationalist groups who posted anti-Muslim hate speech.

India is the largest market for the US-based company, with more than 300 million users. The WhatsApp messaging application has 400 million users in the world’s second largest nation.

However, the social media company is under pressure worldwide to monitor hate speech.

Ajit Mohan, executive director of Facebook India, said it was leaving Facebook “to pursue its interest in public service”.

“Ankhi was one of our earliest employees in India and has played an important role in growing the company and its services over the past nine years,” Mohan said in a statement.

Thukral worked on behalf of the BJP in the 2014 election.

Mohan denied allegations in September that the Silicon Valley company failed to respond to hate speech over business concerns, telling the Times of India that the company had done everything it could to “keep all kinds of harm off the platform” .

He said it was not responsible for decisions that regulate hate speech, and that the public policy team was separate from the content policy team that enforced such decisions.

More than 40 rights groups around the world wrote a letter to Mark Zuckerberg, Facebook’s chief executive officer, in September, demanding that Das should be removed from circulation pending a civil rights review.

Indian media reports say that Facebook left Facebook days after it was questioned by Indian parliamentarians on data protection.