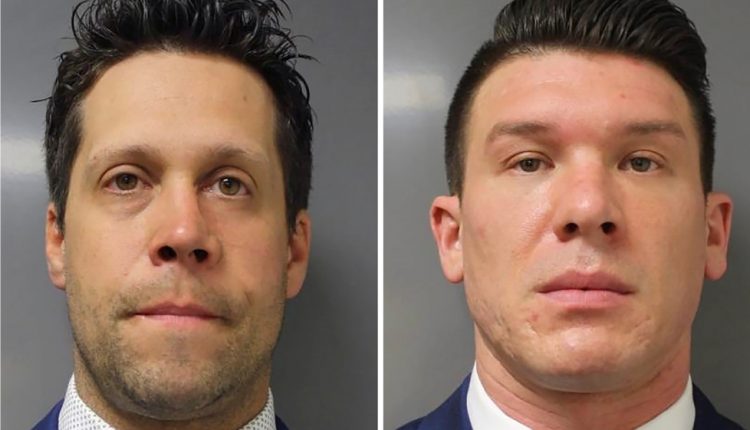 In the June incident, two police officers knocked 75-year-old Martin Gugino to the ground during a protest against Black Lives Matter.

Charges against two police officers filmed knocking an elderly protester to the ground during a protest against Black Lives Matter in Buffalo, New York have been dismissed, the district attorney said Thursday.

Erie County’s District Attorney John Flynn said he was behind the decision to indict the officers but accused Gugino of breaking a curfew put in place to protest police brutality following the death of George Floyd last year May suppress.

“At the time there was probably a reason to charge this crime, and I stand by it,” Flynn said during a press conference Thursday.

In an incident recorded on video by a reporter, Gugino suffered a fractured skull when he fell to the ground after being pushed.

“We as a society give the police the power to use force,” said Flynn. “The question in any police matter depends on whether or not the violence has crossed a line.”

The two officers were part of a unit in tactical gear that enforced a curfew in the city at 8 p.m.

Got this man in my head for most of the morning.

Martin Gugino, a 75-year-old protester in Buffalo, New York, in a protest against racism in June.

Pressed to the ground by the police and refused support. He had broken his skull.pic.twitter.com/iwBcjt419n

Flynn said that “Mr. Gugino committed a crime in breaking the curfew, he had nothing to do with confronting police officers.”

“All that had to be done was turn him over and arrest him. I still stand by him, he shouldn’t have been pushed. He should have been arrested. That didn’t happen. “

Flynn said the grand jury’s investigation had taken a long time due to the pandemic. And after that he had more pressing cases to attend to.

The video speaks for itself, ”said Flynn. “Society made the decision, not me.”

Both officers, who pleaded not guilty to the charges, were given administrative leave at the time. It remains unclear whether they will be reinstated.