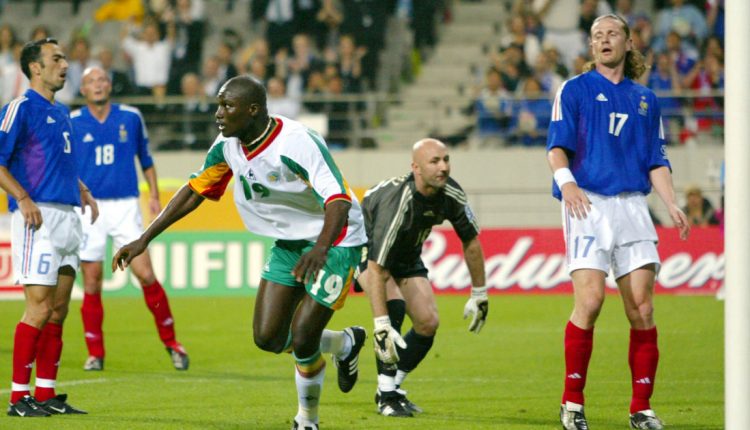 The Senegalese footballer who scored the first goal of the 2002 World Cup against defending champions France is honored.

Papa Bouba Diop, a former midfielder who represented Senegal more than 60 times and played for several European football clubs, has died at the age of 42 after a long illness.

Diop scored the first goal of the 2002 World Cup in Japan and South Korea when Senegal shocked reigning champions France 1-0 in the opening game.

Former French club Lens said they heard the news with “great sadness” and offered condolences to his family, while West London-based Fulham, another former club, said they were “devastated” when they were heard by his Heard death.

The world football association FIFA said on its Twitter account about the World Cup that it was “sad to have learned of the death of the Senegalese legend Papa Bouba Diop”.

FIFA is saddened by the death of Senegalese legend Papa Bouba Diop.

At the 2002 World Cup, Diop scored two more goals in a 3-3 draw in Senegal against Uruguay in the group stage, making it the top scorer of the tournament when they reached the quarter-finals.

The versatile defensive midfielder played a total of 63 international matches and scored 11 goals.

Diop began his club career with Senegalese club ASC Diaraf before playing in Switzerland for Vevey, Neuchatel Xamax and Grasshoppers, before moving to French club Lens in 2002.

A move to Fulham followed and he spent three years at the club before moving to Portsmouth where he was part of the team that won the 2007/08 FA Cup.

He also had brief stints at West Ham United and Birmingham City before retiring from the game seven years ago.

According to British media reports, Diop is said to have suffered from Charcot-Marie-Tooth disease.

Fulham and Portsmouth paid tribute to the player nicknamed “The Wardrobe” on Twitter.

💙 #Pompeius mourns Papa Bouba Diop, who died at the age of only 42. Https://t.co/SOudqQhhev

Devastated to have just read the news that Papa Bouba Diop has passed away. I didn’t know he was sick and at 42 he was taken too young. We had a good laugh that I called him “The Man Mountain Himself” RIP Papa

“I didn’t know he was sick … he was taken too young,” Kamara tweeted. “We used to have a good laugh that I called him ‘The Man Mountain Himself’. RIP dad. “

Former Portsmouth goalkeeper David James also expressed sadness over the death of Diop, whom he described as a “true gentleman”.

Such sad news, one of the kindest and most lovable people I have ever had the chance to play football with