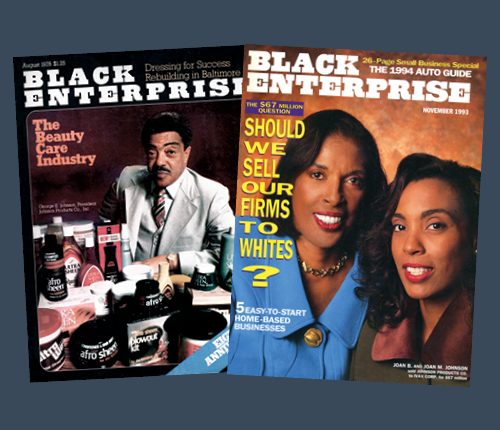 When the Johnsons founded the Chicago-based ethnic hair products company in 1954, the couple created enduring brands like Afro Sheen and Ultra Sheen, and developed a pillar among the BE100 for about 20 years. During their entrepreneurial journey, the Johnsons made an impressive impression. For example, Johnson Products became the first black-owned company to trade on the American stock exchange in 1971. Her commitment to African American companies also included sponsoring Soul Train. It was the first nationally syndicated black TV program to be supported by a black-owned company. After the couple divorced in the early 1990s, Joan John-son took control of the company and eventually sold it to IVAX in white ownership. However, the Johnsons would eventually reconcile and continue their commitment to philanthropic activities.