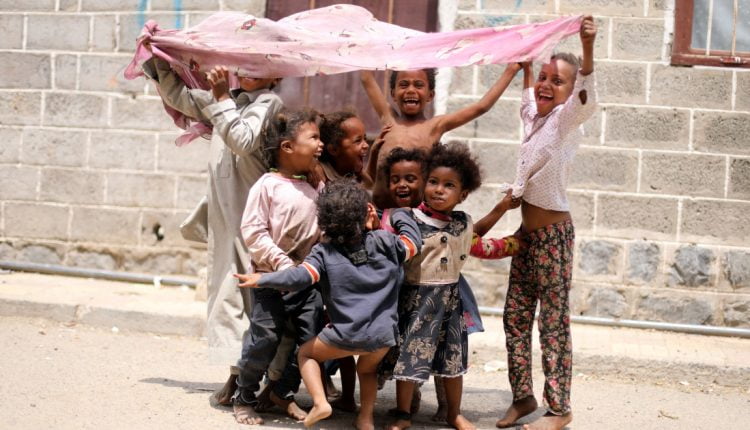 The number of children at risk of death due to a lack of food has risen to 400,000, according to UN organizations.

Almost 2.3 million children under five are said to be suffering from acute malnutrition this year in war-torn Yemen, UN agencies warned as the United States intensifies efforts to end six years of devastating war.

Of these, 400,000 are believed to suffer from severe acute malnutrition and die if not treated urgently.

“These numbers are yet another cry for help from Yemen, where every malnourished child also means a family struggling to survive,” said World Food Program chief David Beasley in a joint statement on Friday.

“Every day that goes by without action, more children will die,” said Henrietta Fore, director of the United Nations Children’s Agency UNICEF.

The UN agencies warned that around 1.2 million pregnant or breastfeeding women are expected to suffer from extreme malnutrition in 2021.

“Families in Yemen have been in conflict for too long, and recent threats like COVID-19 have only compounded their relentless plight,” said FAO Director-General QU Dongyu.

“Without security and stability across the country, and without improved access to farmers so that they can grow enough and nutritious food again, Yemen’s children and their families will continue to fall deeper into hunger and malnutrition.”

Yemen is embroiled in a war that broke out in 2014 when Houthi rebels took control of the capital Sanaa and most of the north of the country after the fall of the internationally supported government. Months later, a coalition led by Saudi Arabia launched a military offensive in support of President Abd-Rabbu Mansour Hadi.

After nearly six years of war, millions of Yemenis face famine, the economy is destroyed, schools and hospitals barely function and tens of thousands are killed.

Last week, the administration of US President Joe Biden ended support for the Saudi Arabia-led war in Yemen and appointed Timothy Lenderking as US envoy to Yemen.

On Thursday, Lenderking met Yemeni President Hadi in the Saudi capital Riyadh, where the Yemeni government in exile is based.

According to the United Nations, more than three million people have been displaced and nearly 80 percent of the 29 million residents are in need of some form of survival aid.

Phaedra Parks Praises An Necessary Individual – Examine Out Who It Is