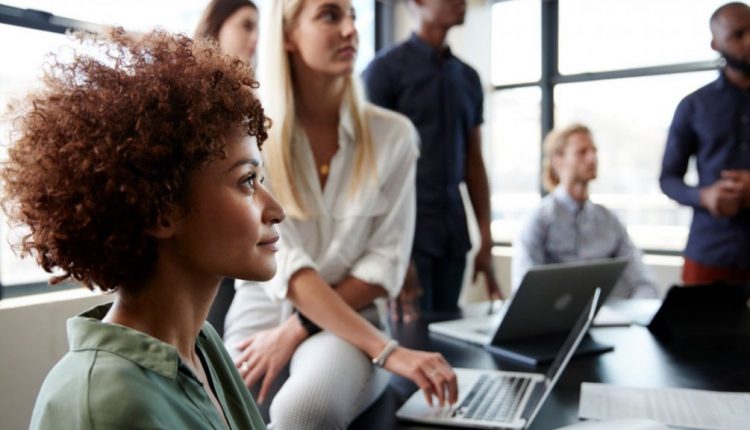 Michael Tennant should start a cult. I would take part. OK, maybe cult is the wrong word. (Who wants to lug around that religious baggage?) On the other hand, his approach borders on a new religion fueled by his passionate desire for a miraculous change in the way we do marketing, management, and – hey, why not? – humanity itself.

Tennant, the fourth son of Jamaican immigrants, grew up in Bed-Stuy, Brooklyn. Suffice it to say that his transition to the prestigious The Hill boarding school, where he entered ninth grade at the age of 12, came with a healthy dose of culture shock. “I’ve moved from the violence in Bed-Stuy to passive racism – another type of violence,” says Tennant. One might expect this to be a story of extremes, anger, or assimilation. Instead, we meet a man who has been forged into something completely different through aggression (macro and micro): an ambassador of empathy.

Tennant, the founder and CEO of Curiosity Lab agency, recently has an impressive track record of award-winning work for MTV, VICE Media, P&G and CocaCola Residenz. While it’s clear that advertising could use a brutally honest assessment of their approach to inclusion and unity, that’s not really what their job is about. Instead, he expresses his fundamental approach, rooted in curiosity and empathy, to addressing systemic problems that puzzle the fundamentals of the communications industry.

Based on the name of his agency, Tennant says his goal is “to create a culture of the curious, because that’s where you get the most innovations”. The key, he says, is to find out what we don’t know instead of confirming what we think we know. “Bias. Judgment. We all have it. And it blinds us to the unknown, which could be magical, which could be a differentiator – not the same stagnant stream everyone is swimming down.”

Instead of creating messages that have the characteristics of diversity, inclusion, connectedness and unity, we need to “do the work to instill empathy in people and make the necessary energetic investments”. This means “using anti-racism and its cousin, empathic leadership. We have to learn how to be empathetic in such a divided world.”

On a slightly more practical level (taking into account that Tennant has a degree in the unlikely combination of business and philosophy), he encourages leaders of all kinds to create safe spaces where real work can be done on a professional and deeply personal level. He defines these as environments where people “feel that there is trust to protect their borders, where they have an equal opportunity to make their contributions shine”. This enables more perspectives, but also builds highly resilient team members.

For leaders, creating these spaces means the difficult task of recognizing systemic racism and then honestly facing our own prejudices. We also need – among our teams, our audiences, our communities – to find authentic interfaces of our experiences and emotions that allow us to connect in a truly empathetic way.

The benefits of empathy and curiosity are more than just spiritual: Tennant notes that it gives companies a head start in areas where competition for the best talent is fierce. It will lower the cost of sales and increase employee satisfaction. And no doubt this will reduce the risk of the dire consequences of a toxic work culture.

After reflection, Tennant, despite his inspiring devotion to his mission, would be an unlikely cult leader precisely because it is not about him but about others.

Instead, he nods to those “on the front line of the ally and incorporating social awareness into the way they be”. For anyone pushing back the deaf-mute message, dealing with the reserved sexism or classicism of a job advertisement, inviting and supporting an unpleasant revelation, or uncovering a crumbling moral foundation: He sees you. And he’s grateful for everything you do.