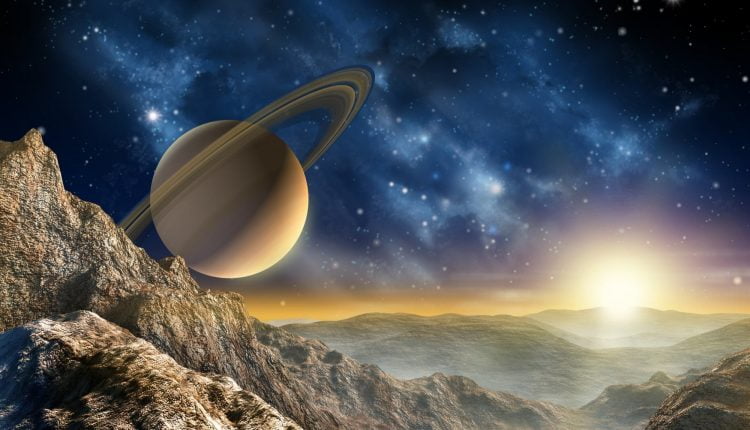 How, when and the place to see Jupiter and Saturn aligned, a phenomenon that has not occurred for 400 years

The connection between Jupiter and Saturn is an event that has not been observed since the Middle Ages and has yet to be seen.

The two largest planets in the solar system, Jupiter and Saturn, are increasingly aligning themselves. At dusk on December 21, one of the most impressive astronomical events of the year is observed in the sky. In this phenomenon, you can observe the union of both planets, forming a kind of double planet.

This Tuesday, NASA released an image in which the two stars are shown very close to each other a few days after joining the “great conjunction” phenomenon.

Until December 21st, Jupiter is considered a bright and easy-to-estimate star, while Saturn has a slightly weaker brightness and is slightly higher and on the left side of Jupiter.

NASA explains that both stars are very bright. When the sky is clear, they can be seen despite light pollution.

It has been almost 400 years since Jupiter and Saturn were so close together, and about 800 years since the phenomenon began at night, it has become visible in almost every part of the world. It is important to note that these two planets are in this position every two decades, but the 2020 meeting is very extraordinary, according to NASA.

It’s worth noting that the approach of the two planets is a matter of perspective, as these stars are in fact hundreds of millions of kilometers away.

Where can i see it

No matter where you are, the great conjunction is observed in many places on earth when the sun goes down. However, the closer you are to the equator the better it is observed as it takes longer.

It should be noted that, as with all astronomical events, its visibility depends on meteorological conditions, that is, it does not rain and the sky is clear.

Due to its luminosity, it is possible to see yourself without binoculars or a telescope. You have to look west, however. However, you need to do this from an open place either on top of a building or in a park, avoiding objects that obstruct the building view and you need to exist with little light pollution.

If you have a small telescope or binoculars, you can use these to observe the four largest moons of Jupiter as they move around the star.

You can’t lose this! Unless you want to wait in 20 years, especially October 31, 2040. Then this great event is likely to repeat itself.

To know more: Star of Bethlehem: we tell you when and where to see the astronomical phenomenon that has not appeared since the Middle Ages