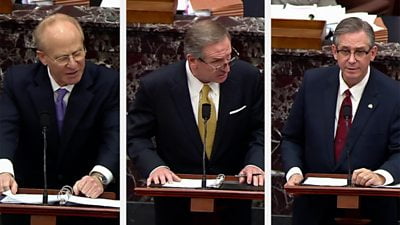 On the fourth day of the impeachment proceedings, the former president’s defense presented their case.

They argued that the impeachment article was an act of “political vengeance”. Donald Trump was charged with instigating a riot following the January 6th riot in the Capitol.

His lawyers argued that the premeditated attack absolved the former president of responsibility.