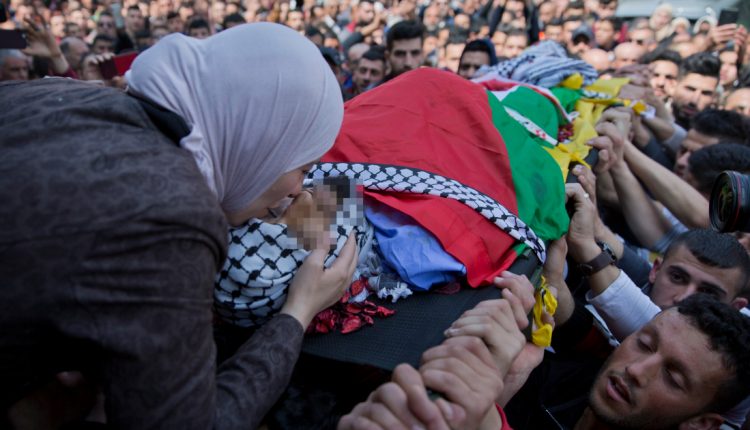 The plea offered the soldier three months of military work in the fatal shooting of a Palestinian.

An Israeli military tribunal upheld a controversial plea avoiding jail time for a soldier who killed a Palestinian and seriously wounded another in the occupied West Bank.

The plea offered the soldier – who has not yet been identified – three months of military service because he admitted having killed 22-year-old Ahmad Manasra and shot Alaa Ghayadah in March 2019 at an intersection near the city of Bethlehem in the West Bank.

The soldier has alleged that he mistook the victims for attackers and had been instructed by commanding officers to be on high alert after a series of Palestinian attacks on Israelis nearby.

Palestinians and Israeli right-wing groups have accused the military court of excessive leniency, and the deal has been heavily criticized by the victims’ families.

Critics say that potentially criminal shootings of Palestinians rarely lead to convictions or even charges, and the military justice system is biased in favor of soldiers. Charges against Israeli soldiers are very rare.

In the March 20, 2019 incident, Ghayadah pulled off the road after a traffic dispute.

As he got out of his car, the accused soldier, who was stationed in a nearby watchtower, shot him to death, according to testimony from the Israeli rights group B’Tselem.

Manasra and three others were driving home from a wedding near Bethlehem when they saw Ghayadah’s wife on the side of the road and asked for help.

Manasra’s companions took Ghayadah to a hospital while Manasra offered to drive Ghayadah’s wife and two young daughters behind them.

Palestinian mourners carry the body of Ahmad Manasra during his funeral [File: Nasser Nasser/AP Photo]When their car didn’t start, he got out of the vehicle and was shot, according to B’Tselem.

The Manasra family appealed to the Israeli Supreme Court to remove the appeal agreement, but the court dismissed the appeal in November.

In a ruling on Wednesday, a majority in the military tribunal upheld the agreement that the shooting was a “clear operational incident”.

Jamal Manasra, the murdered man’s father, said “there is no justice” in the case of the murder of his son.

“He wanted to help a family and was shot for no reason,” said Manasra. “I lost him and now I see no justice for him.”

B’Tselem said the tribunal’s decision was part of a policy of “systemic whitewashing and unaccountability for Israeli security forces who shoot and kill Palestinians without justification instead of using law enforcement to protect victims”.

Isla Fisher Reveals She Threatened To By no means Communicate To Her Husband Sacha Baron Cohen Once more As a result of He Reduce Her Favourite Joke Out Of The Latest ‘Borat’ Film!