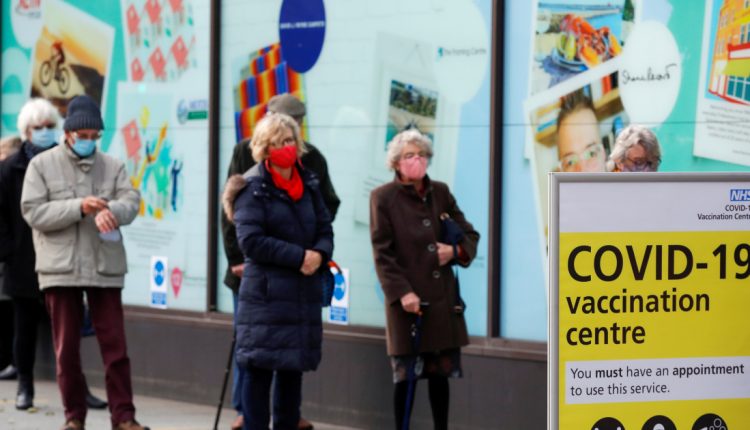 The strain, first identified in England, which can be 30 percent more lethal than other variants, has spread to more than 50 countries.

The coronavirus variant, first recorded in the south-east of England, is likely to take over the world and become the most dominant global strain, according to the head of the UK’s genetic surveillance program, as concerns about emerging mutations in the virus grow.

Since its discovery in September in Kent, a county known as the “Garden of England” and popular with commuters because of its proximity to London, variant B.1.1.7 has spread to more than 50 countries.

The strain has raised enough concern to force a new national lockdown in the UK and has sparked global panic.

Sharon Peacock, director of the COVID-19 Genomics UK consortium, told the BBC on Thursday that the Kent variant was now on track to “in all likelihood take over the world.”

She also warned that while COVID-19 vaccines have so far proven effective against variant B.1.1.7 and other strains of virus found in the UK, further mutations could potentially undermine the shots.

“The special thing about it is that the 1.1.7 variant that we have been using for a few weeks and months has mutated again and receives new mutations that affect the way we deal with the virus, in terms of immunity and Effectiveness of vaccines could affect. Said peacock.

“The point is that the 1.1.7, which is more transmissible and has gripped the country, is now mutating to have this new mutation that could threaten vaccination.”

The referenced new mutation, Peacock, which was first identified in Bristol, south-west England, has since been classified as a “variant of concern” by the UK Advisory Group on New and Emerging Respiratory Virus Threats.

So far there have been 21 cases of this variant, which has a so-called E484K mutation. Scientists believe the E484K mutation can help coronavirus evade antibodies, potentially reducing the effectiveness of vaccines.

“You have to be a realist that this particular mutation has now occurred at least five times – five times separately – in our kind of communal garden line. And so it will keep coming up, ”Peacock said.

“As soon as we’re up [the virus] or it mutates itself because it is virulent and causes disease – then we can stop worrying about it. But I think looking to the future we will do this for years. I think we will do this 10 years later. “

The mutation occurs in the virus’ spike protein and is the same change found in other emerging strains detected in South Africa and Brazil – known by scientists as 20I / 501Y.V2, B.1.351 and P.1, respectively.

Al Jazeeras Rory Challands, who reported from the capital, London, said Peacock’s warning was further evidence that the fight against COVID-19 is likely to be a “long-term project”.

“That doesn’t mean this will be an acute public health crisis for as long as different strains of the coronavirus have different effects,” he said.

“Not all of them are more deadly, and once you become familiar with the virus, they all recede as a public health crisis. However, you need to keep an eye on the new variants as they appear so that the vaccines you are using can continue to be as effective as possible ”.

The coronavirus has killed more than 2.3 million people and turned normal life upside down for billions since the pandemic broke out in December 2019.

The UK has recorded nearly four million cases and the virus has killed more than 115,000 people, one of the world’s highest death toll.