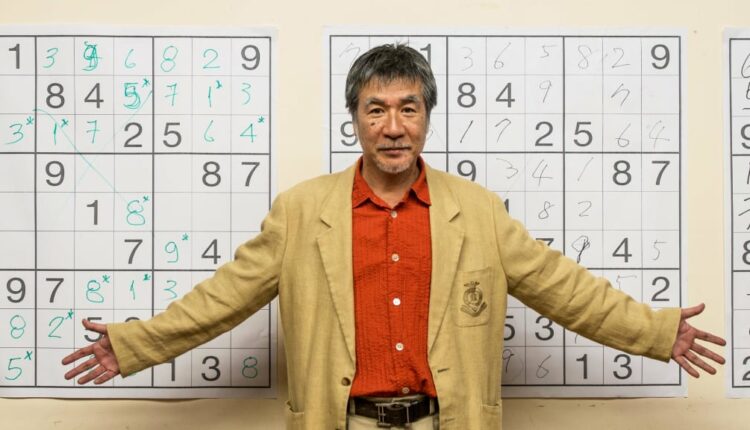 Maki Kaji, the “godfather” of the popular logic puzzle Sudoku, died of biliary tract cancer in his Tokyo home on August 10, the New York Times reported. He was 69.

While Sudoku’s origins are blurry, Kaji is credited with making the game a popular routine for millions, including many entrepreneurs who use it to keep their wits about it. Born in Sapporo, Japan, Kaji dropped out of Keio University and started a business with two childhood friends, according to the Times. This company became Nikoli, which calls itself the editor of Japan’s first puzzle magazine.

Around the same time, Kaji discovered a game in which the numbers 1 through 9 are placed in rows, columns, and squares without repeating them. He renamed it Sudoku, using the Japanese characters for “number” and “single”. Kaji perfected Sudoku and introduced it to international publishers who, according to the Times, were initially not interested. But by the mid-2000s the game was on the rise and featured in hundreds of newspapers around the world. About 200 million people in 100 countries have participated in Sudoku championships, Nikoli told the Associated Press.

Kaji resigned as Nikoli boss in July for health reasons, the Times reported. He had previously told the newspaper that he was late for the Sudoku trademark and received only a small fraction of the millions of dollars it generated, but he had no regrets. “We’re productive because we do it for the love of gaming, not the money,” Kaji told the Times.