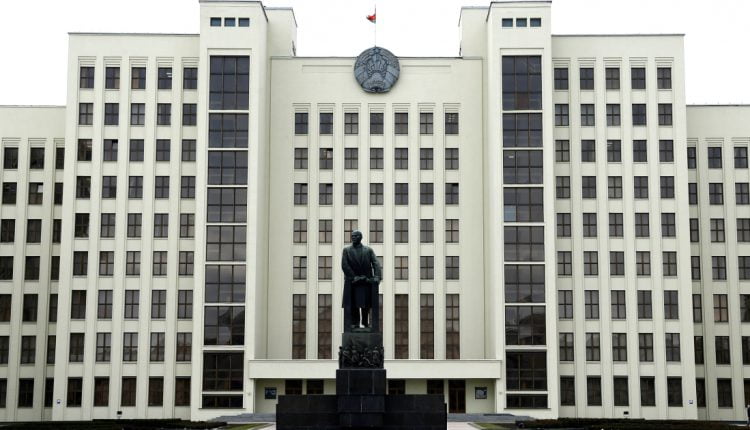 The 35-year-old was hospitalized after passers-by and police officers extinguished the flames with a fire extinguisher.

A 35-year-old man in Belarus set himself on fire outside the government headquarters in Minsk on Friday and was hospitalized after passers-by and police officers extinguished the flames with a fire extinguisher.

The man was seen in flames in a spacious, largely empty square in the center of Minsk near a statue of Lenin in video material shared online.

Several people could be seen approaching to try to put out the flames.

The motives for the man’s actions were not immediately clear and investigators were working to investigate the background, the Belarusian investigative committee said in a statement.

It was said that the man doused himself with some liquid before setting himself on fire.

Belarus has been rocked by rolling protests since a presidential election last year, which the opposition says were rigged in favor of incumbent Alexander Lukashenko. He denies the allegations of election fraud.

More than 30,000 protesters were arrested, many killed and hundreds injured during the demonstrations.

The leader, who has been in power since 1994, said last month the country would hold a referendum on its proposed constitutional reforms that could curtail the president’s powers. He did not give the timing of the polls.

Lukashenko’s political opponents, the most prominent of whom have been imprisoned or have fled the country, have dismissed the reform proposals as delaying tactics to help him overcome the protests and the general political crisis.

Alleged election rigging and crackdown on Belarusian demonstrators have led the United States and the European Union to introduce sanctions against officials in the country.