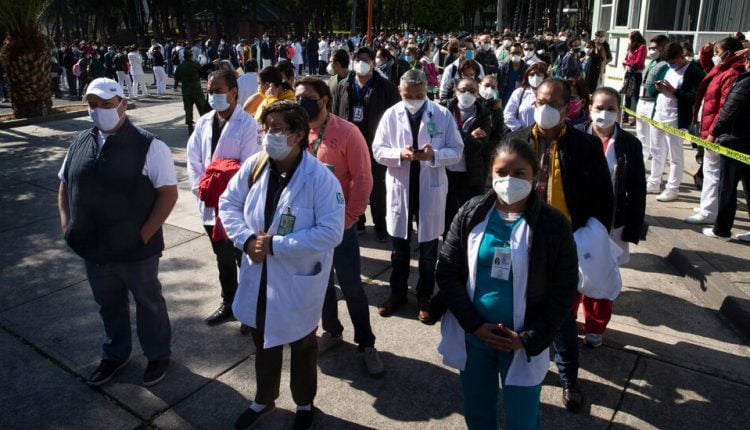 Mexico approved the Oxford-AstraZeneca coronavirus vaccine for emergency use on Monday, the country’s leading epidemiologist Hugo López-Gatell said in a tweet on Monday evening. It is the fourth country to approve the vaccine.

Mr. Ebrard hailed the approval on Monday evening as “very good news” and tweeted that the country could start production “very soon”. AstraZeneca said in August it would work with the Mexican and Argentine governments to produce 150 million starting doses for distribution across Latin America and later at least 400 million doses for the region.

On Monday, an 82-year-old Oxford dialysis patient became the first person in the world to receive the clinically approved, fully tested Oxford-AstraZeneca vaccine as the UK began administering the vaccine.

The Oxford-AstraZeneca shot is expected to be the world’s dominant form of vaccination. At $ 3 to $ 4 per dose, this is a fraction of the cost of some other vaccines.

And it can be shipped and stored in regular refrigerators for six months instead of the ultra-cold freezers required by Pfizer-BioNTech and Moderna vaccines, making it easier to administer in poorer and hard-to-reach areas.

Mr López-Gatell said he falsely reported that a single-dose vaccine that was being tested in phase three trials by the Sino-Canadian company CanSino in Mexico had been approved, according to The Associated Press.

The United States and the European Union have indicated that they are unlikely to approve the Oxford-AstraZeneca vaccine until at least February.

Much of the world relies on AstraZeneca in part because it has more ambitious manufacturing goals than other western vaccine manufacturers. Up to three billion doses are expected to be administered this year – an amount that, given two doses per person, would be enough to vaccinate almost one in five people worldwide. The company has committed to making the vaccine available worldwide by at least July 2021, and in poorer countries globally on a permanent basis.

The country has reported nearly 1.5 million infections and 127,213 Mexicans have died from the virus.

However, Mexico’s transparency regarding the severity of the virus in the country has been incomplete. Last month, federal officials told the public that the number of cases in the capital, Mexico City, had not reached a level that their own standards would require a lockdown. An analysis by the New York Times, using official government figures, found the city had exceeded this level.

In the spring, The Times reported that the federal government had not reported hundreds and possibly thousands of coronavirus deaths in the capital.

An earlier version of this article incorrectly stated when the Mexican foreign minister said that vaccine approval was “imminent”.