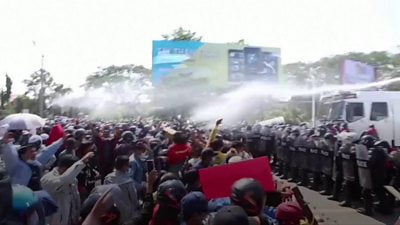 Myanmar police fired rubber bullets during a demonstration in the capital, Nay Pyi Taw, when thousands opposed a protest ban.

Water cannons and tear gas were also used against protesters speaking out against a coup that ousted the elected government last week.

BBC Burmese has been told that at least two protesters have been seriously injured.

The High 5 Issues 2020 Taught Us About Distant Work