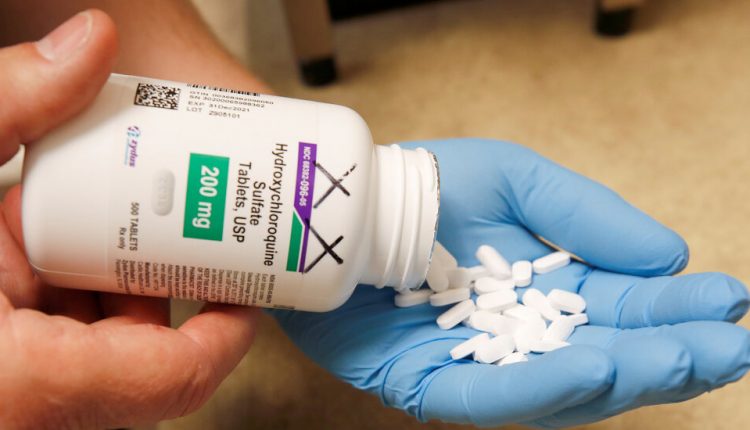 On the market in Oklahoma: a big stockpile of hydroxychloroquine.

The Oklahoma Department of Health is still trying to unload a supply of hydroxychloroquine – a malaria drug that is touted as a “miracle cure” for Covid-19 by former President Trump, despite no evidence that it is effective at treating the disease – that bought it for $ 2 million last spring.

Mike Hunter, the attorney general, has been hired to assist the health department in reselling the drug, Alex Gerszewski, a spokesman for Mr. Hunter, said Tuesday.

The state is trying to sell the inventory back to the company it bought them from, FFF Enterprises, a California-based health distributor, or find another buyer, Gerszewski said. The company did not immediately respond to a request for comment.

Oklahoma has been trying to unload for months. In July, the state health department told News 9, a local television news station, that it was “working to sell it.”

A health ministry spokesman confirmed Tuesday the supply was still in the ministry’s possession but referred questions about the attempted return to the attorney general’s office.

Early, seemingly promising results, backed by political pressure, led the Food and Drug Administration to issue an emergency permit for hydroxychloroquine for use on very sick Covid-19 patients. However, follow-up studies found that the drug neither accelerated recovery nor prevented healthy people from contracting the coronavirus or developing serious illness.

The FDA revoked its emergency approval in June. The agency is now warning that hydroxychloroquine can cause dangerous abnormalities in heart rhythm in coronavirus patients.

In April, Mr Trump said he would put millions of doses of hydroxychloroquine in a federal supply for use on Covid-19 patients. In May, he said he took it himself even though he wasn’t infected with the coronavirus.

When Mr Trump became infected with the virus in October, he was given an antibody cocktail and remdesivir, an antiviral drug. Hydroxychloroquine was not mentioned as part of his treatment.