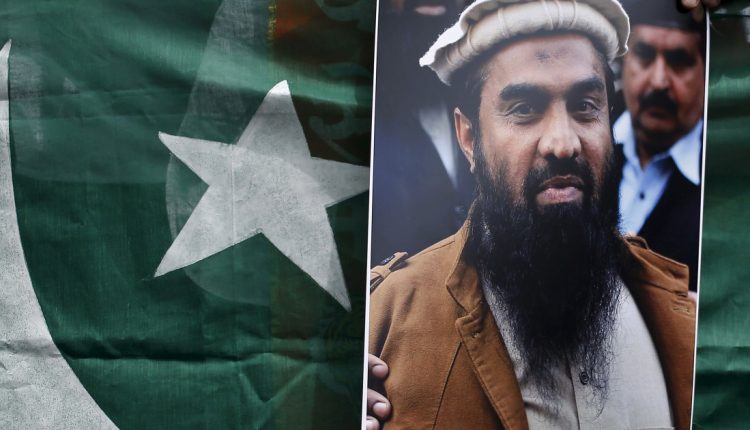 The US and India accuse Zaki-ur-Rehman Lakhvi of leading an armed group responsible for the 2008 Mumbai attacks.

Pakistan has arrested Zaki-ur-Rehman Lakhvi, a leader of the Lashkar-e-Taiba (LeT) armed group who was blamed by the United States and India for the 2008 Mumbai attacks, a counter-terrorism official said.

The arrest relates to “terrorist financing,” said the official on Saturday, and not to a specific attack.

“Prohibited organization LeT leader Zaki-ur-Rehman Lakhvi [has been] arrested for terrorist financing, “said a spokesman for the Department of Counter-Terrorism (CTD) for Pakistan’s Punjab Province.

The suspect is said to have operated a medical pharmacy to raise and pay out money for “terrorism,” the spokesman said.

A United Nations Security Council sanctions committee says Lakhvi is LeT’s chief of operations, accusing him of being active in a number of other regions and countries, including Chechnya, Bosnia and Herzegovina, Iraq and Afghanistan.

Indian authorities said the only surviving attacker involved in the 2008 siege of Mumbai, which killed 166 people, told interrogators before his execution that the attackers were in contact with Lakhvi.

India has long urged Pakistan to bring Lakhvi to justice, but Islamabad says New Delhi has not provided any concrete evidence to bring the LeT leader to justice. He was first arrested in 2008 but later released on bail.

Imran Gill, Lakhvi’s attorney, confirmed the arrest and told Reuters that his case would be heard next week. He didn’t answer any further questions.

Another man who India says was the mastermind of the siege of Mumbai, Hafiz Saeed, was convicted by a Pakistani court last year on two “terrorist financing” charges. Saeed denies involvement in the attacks in Mumbai.

Saeed has also been classified as a terrorist by the US Department of Justice and has a reward of $ 10 million on his head.

Relations between Pakistan and India were strained after the attack on India’s financial center in November 2008. The rival South Asian powers have waged two wars since independence from Great Britain in 1947.