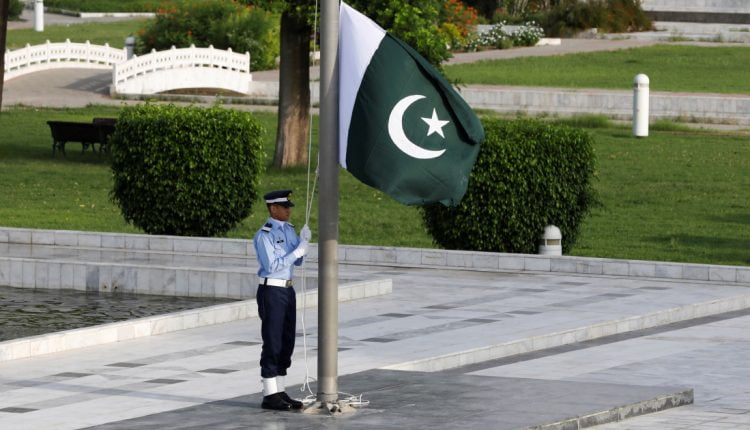 Pakistan has lifted all visa restrictions on Bangladeshi citizens, which is seen as an icebreaker in the frosty relations between the two Muslim-majority countries in South Asia.

“Both sides agreed to intensify bilateral contacts at all levels,” the statement added.

After the meeting, Siddiqui spoke to the Anadolu Agency and said Pakistan was waiting for the same response from the Bangladeshi side.

“Bangladesh’s restrictions on Pakistani nationals are still in place, so I informed the Minister of State that we have already lifted all the bars on our side,” he said.

Bangladesh, formerly East Pakistan, gained independence after a bloody war in 1971 through popular resentment against the concentration of power in West Pakistan.

Bilateral relations between the two nations have remained tense since then, but peaked in 2009 when Bangladesh established a tribunal to prosecute those accused of war crimes in 1971.

During the war of liberation, the country’s largest Islamist party sided with the Pakistani military to prevent the country from falling apart.

According to analysts, Bangladesh has recently sought closer ties with Pakistan on India’s “partial stance”, including monopoly control over shared rivers, the murder of unarmed Bangladeshi civilians at the borders and the adoption of the controversial Citizenship Change Act (CAA).

In July of last year, Pakistani Prime Minister Imran Khan seldom phoned his Bangladeshi counterpart, Sheikh Hasina, when Dhaka declared it pursued a foreign policy of “friendship for all and malice to nobody”.

In a separate statement from the Bangladesh Ministry of Foreign Affairs, Minister Alam was quoted as saying: “We look forward to working with Pakistan.”

Both sides agreed on the need for long-term consultations on foreign offices, which last took place in 2010.

Alam also called on Pakistan to allow access to more Bangladeshi products by using the existing provisions of the South Asian Free Trade Agreement (SAFTA), relaxing the negative list and removing barriers to trade. “The current trade balance leans towards Pakistan,” he said.

During the meeting, the Pakistani side emphasized removing all non-trade barriers in order to establish “productive trade relations”.

Alam also called on Pakistan to officially apologize for the genocide in the 1971 Bangladesh Liberation War.

The Pakistani envoy also presented the Bangladeshi Minister of State with a signed copy of the tripartite agreement of 1974 “which addressed all open issues between the two countries”.

“The agreement should serve as a basis for further strengthening the existing fraternal relations,” said Pakistani High Commissioner Siddiqui in a statement.

The agreement signed by Bangladesh, Pakistan and India in New Delhi in April 1974 states: “The Pakistani Prime Minister, at the invitation of the Bangladeshi Prime Minister, announced that he would visit Bangladesh and appealed to the people of Bangladesh to forgive and forget past mistakes to promote reconciliation.

The agreement also stated that Bangladesh “had decided not to deal with that [1971 war] Trial as an act of grace ”and that the prisoners of war“ can be returned to Pakistan ”.

“The ministers [the then foreign ministers of Bangladesh, Pakistan and India] expressed their belief that the above agreements provide a firm basis for solving the humanitarian problems arising from the 1971 conflict, ”the agreement reads.

The Full, 12-Step Information to Beginning a Enterprise