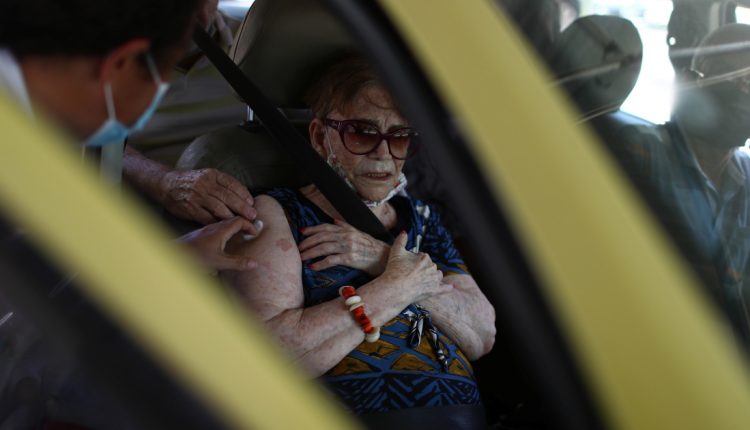 President Jair Bolsonaro’s handling of pandemics and the slow distribution of vaccines has sparked protests and investigations.

Pfizer Inc has filed for full regulatory approval for its COVID-19 vaccine in Brazil, the country’s health authority said on Saturday. The continuing unrest over right-wing President Jair Bolsonaro’s response to the pandemic and the slow adoption of the vaccine

The Pfizer BioNTech vaccine is the second to be submitted for full approval in Brazil after AstraZeneca applied for the vaccine manufactured by Oxford University on Jan. 29.

This vaccine is made in Brazil in collaboration with the federally funded Fiocruz biomedical center.

Brazil has already approved the Oxford-AstraZeneca vaccine and the SinoVac vaccines developed in China for emergencies and started a vaccination campaign in mid-January. However, delays in the delivery of ingredients affected this introduction.

The prospect of marketing a new vaccine in Brazil came after Bolsonaro faced protests against his handling of the pandemic, largely organized by left-wing parties and groups.

The president previously dismissed the virus as a “minor flu” and dismissed the need to put public health restrictions in place to prevent its spread. He has also said he will not receive a vaccine despite the pandemic raging in the country.

More than 1,000 coronavirus-related deaths were recorded daily over the past month. To date, more than 9.4 million infections and more than 230,000 deaths have been reported.

The country’s attorney general opened a preliminary investigation last week against Bolsonaro over a fatal coronavirus outbreak in Manaus, the capital of the state of Amazonas.

In January, the city’s hospitals ran out of oxygen and the federal government was forced to fly in supplies from across the country.

A new variant of the coronavirus appeared in the region for the first time, which is believed to be more easily transmitted – similar to the UK and South Africa.