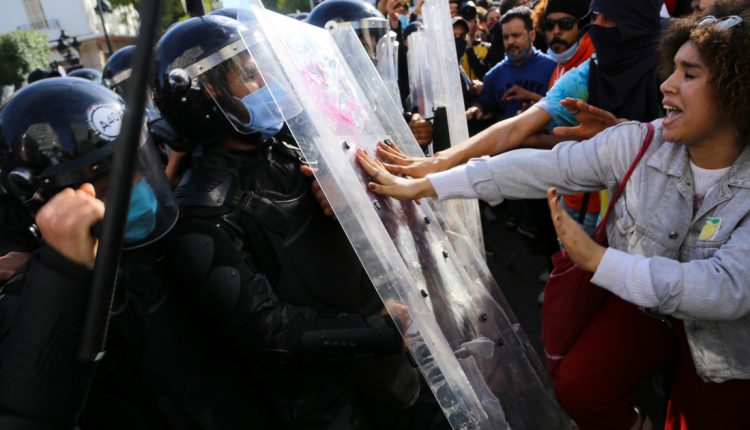 ‘Police all over the place, justice nowhere’: Lots of protest in Tunisia | Arab Spring: 10 years on Information

More than 1,000 people have been arrested in Tunisia in the past two weeks for protests against corruption and police brutality.

Hundreds of Tunisians marched into the capital on Saturday to protest police abuse, which they say jeopardizes the freedoms won in the 2011 revolution that swept away authoritarian rule.

Protests have been almost daily since mid-January, the anniversary of the Tunisian revolution that sparked riots across the region in 2011 and was known as the Arab Spring.

Many Tunisians are angry with a political class that is considered to be embroiled in power struggles and disconnected from the suffering of many who face rising prices and high unemployment.

In sporadic clashes, police have arrested more than 1,000 people in the past two weeks during demonstrations against financial inequality, the marginalization of poor areas and persistent police tactics, according to demonstrators.

A young man died in downtown Sbeitla last week. His family blamed him for being hit by a tear gas canister. Amnesty International on Thursday called on the Tunisian authorities to investigate his death.

In Tunis on Saturday, hundreds took part in a protest in the center of the capital that broke out when police blocked the way to Habib Bourguiba main street, where the Ministry of the Interior is located.

“The security forces are suppressing us and want a police state to return,” 33-year-old protester Majdi Sliti told the AFP news agency. “We won’t accept that.

“They want to steal the principles won since the revolution,” said Mohammed Smida, a protester who compared Prime Minister Hichem Mechichi to former President Zine El Abidine Ben Ali, who was overthrown in 2011 after almost 25 years in power.

“Today our right to protest is threatened by the new Ben Ali,” said Smida.