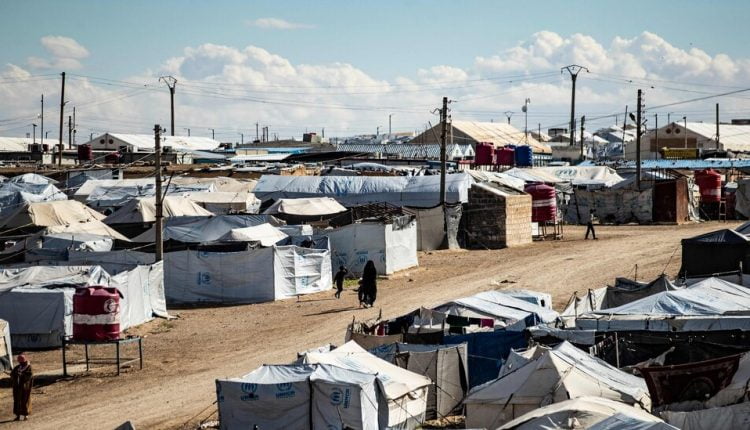 PARIS – In a desperate appeal to the French government, about 10 French women who have joined the Islamic State and are currently held in Syrian detention centers went on hunger strike on Saturday to protest the government’s refusal to bring them home for trial bring.

The women are among dozens of French mothers and their 200 or so children who have been held in poor camps by Kurdish armed forces for at least two years and are in a state of legal limbo.

“We decided to stop feeding, regardless of the risks, until we met the right people to get answers about our future,” said one of the women on a voice mail received by the New York Times.

Since at least 2019, when the Islamic State finally gained a foothold in Syria, around 60,000 relatives of Islamic fighters, mostly women and children, have been stuck in stinking, disease-ridden prison camps operated by Kurdish forces in northeast Syria, with a future in sight.

France, along with other western nations where citizens are also imprisoned, has resisted calls from families and rights groups to repatriate its population and has only brought back a handful of children.

The repatriation of jihadist citizens has long been a sensitive issue in France, a country still plagued by years of Islamist terrorist attacks. But the hunger strike, along with recent initiatives by French lawmakers and citizens, may put pressure on the government to take action in the face of a deteriorating situation every day.

United Nations human rights experts last week called on 57 states, including France, to repatriate women and children whose “continued detention for unclear reasons” in the camps is of great concern and undermines the advancement of accountability, truth and justice ” .

France has long argued that adults who have joined the Islamic State, including women, should be tried where they committed their crimes: in Syria and Iraq. Several men have already been tried and convicted in Iraqi courts.

Trying to try women has proven impossible so far as their potential crimes are unclear and the Kurdish government that detains them is not internationally recognized. Kurdish forces, which run the camps, have called for the repatriation of all foreigners, saying they cannot keep them in an unstable region indefinitely.

The women on hunger strike say they want to be tried in France.

“We are there waiting in tents, in the cold, in winter,” said a hunger striker in a voice message.

She said, “We want to pay our debt to society for the choice we made to come here. But it’s time for this nightmare to end and for us to go home. “

The New York Times received several voice messages from the women but did not publish their names as they received death threats from supporters of the Islamic State who oppose their desire to return to France.

Countries like Russia, Uzbekistan and Kazakhstan have each repatriated more than 100 of their citizens, much more than Western nations, where public opinion is strongly opposed to bringing home those who left to fight the Islamic State.

Human rights groups have urged governments to at least bring their citizens’ children home, arguing that the minors did not choose to go to Syria and that rearing in camps that have become cauldrons of Islamist radicalization are the Situation would only worsen.

However, France has agreed to repatriate children on a case-by-case basis, giving priority to orphans and fragile children whose mothers have agreed to let them go. To date, 35 children have been returned, including a 7-year-old girl with a heart defect who was flown to France for urgent medical care in April.

In the current political climate in France, returns could prove to be even more difficult. In the autumn, the country was hit by several Islamist terrorist attacks that reopened old wounds. A bill to combat Islamism is expected to be finalized in the French Senate next month.

Families of relatives stranded in Syrian camps and rights groups have long denounced this gradual return process. In northern France, the mother of a French woman imprisoned in Syria has been on hunger strike since February 1 to protest against French policies.

In a public letter a The French legislature recently condemned the conditions of the camps and the government’s reluctance to act, which it described as “deeply inhuman and irresponsible political cowardice”.

“If, because of our indolence, we continue to tolerate the government’s guilty silence,” the letter says, “then we will have been the legislators who let innocent children die.”

A spokeswoman for the French Foreign Ministry overseeing the return process could not be reached immediately for comment.

Marie Dosé and Ludovic Rivière, lawyers for women on hunger strike, said in a statement that women should only be tried in France and that they have been waiting “for more than two years” to pay for what they have done. “

On one of the voice messages, a woman said that she “now needs a helping hand from our country”.

A trial in France is “a second chance”.