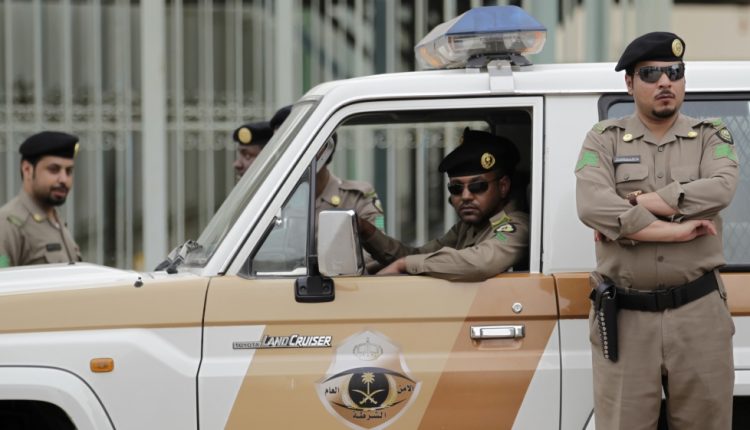 Riyadh says it blew up a “terrorist cell” trained by the Iranian Revolutionary Guard, confiscated weapons, explosives and arrested 10 people.

The State Security Presidency spokesman said in a statement released Monday by the Saudi state press agency that three of the arrested had been trained in Iran, while the rest were “linked to the cell in various roles.”

The members of the cell “received several weeks of military and field training, including the manufacture of explosives, within the Revolutionary Guard in Iran for several weeks at the end of 2017,” he said.

The statement said weapons and explosives were confiscated from two locations, a house and a farm in the Arab Gulf state, the world’s largest oil exporter and the United States’ key ally.

The items confiscated included improvised explosive devices, dozens of stun guns, kilograms of gunpowder and a variety of rifles and pistols. There was no indication of where the raids or arrests last week took place.

“The relevant authorities will investigate all those arrested in order to obtain more information about their activities and people related to them in the UK and abroad,” the statement said.

Riyadh disrupted diplomatic relations with Tehran following the 2016 attacks by protesters on its missions in Iran after the kingdom executed revered Shiite leader Sheikh Nimr al-Nimr.

Sunni-Muslim Saudi Arabia and the Shiite state of Iran are also embroiled in several proxy wars in the region, including in neighboring Yemen and Syria, where representatives of the Shiite Lebanese group Hezbollah are fighting in support of Syrian President Bashar al-Assad.

Riyadh has blamed Iran for an unprecedented missile and drone attack on the kingdom’s oil facilities last year, which Tehran denies.

The Infamous B.I.G.’s Son C.J. Wallace Says His Father ‘Would Be Honored to Share the ‘Infamous’ Title With’ Ruth Bader Ginsburg