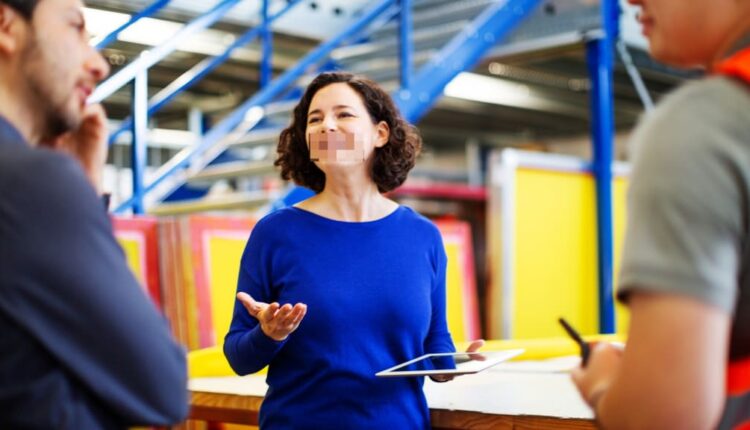 Dick was the prototypical Fortune 500 plant manager. Polished. Professional. Buttoned up. Every gesture contained, every statement taken into account.

If he experienced negative emotions, he certainly never showed them to us.

Our facility produced books. (About 140 million books a year at the time.) A small mistake – a piece of duct tape was accidentally left on a piece of film – meant that several words were hidden on a page.

While this doesn’t sound like a big deal, more than 100,000 books were bound and packaged before the bug was noticed. Scrapping and re-running would have resulted in $ 200,000 in spoilage. While it was extremely labor-intensive to repair them, it was cheaper.

Our crews were repairing books late in the evening when Dick rarely visited the workshop. He has gathered us. He said the right things. He said the professional, conventional, expected – and frankly boring – things about the importance of quality, focus, and attention to detail.

Finally it boomed to the end.

“Finally, I want to thank each of you for working late,” he said. “We will form a team to conduct a root cause analysis and implement a solution so that this does not happen again.”

He looked away. We assumed he was done and went back to our tables.

Then he spun around and looked at us. His eyes were narrow. His expression was grim. The guy next to me whispered, “Wait, what’s this?”

“We’ll be damn sure,” said Dick in a deeper and harder voice that sounded both angry and determined, “that something like this never happens after a win.”

Do you know the feeling when the really surprising and unexpected happens? The tingling sensation of electricity flowing through your body?

I felt it. The people around me too.

And Dick had cursed. Twice. And not for the effect: The smooth insertion of a swear word in the middle of a normal word showed a clear possibility with profanity. He didn’t just swear; he cursed like us.

Unprofessional? May be. But in that moment we realized that he really meant the platitudes and clichés and “professional” things he said. We believed and trusted that things would happen.

Subsequent events showed that we were right to feel that way.

Science too: A 2017 study published in Social Psychological and Personality Science shows that occasional swearing actually makes you appear more trustworthy and intelligent.

This finding is in line with research by Henry Evans and Colm Foster, experts in emotional intelligence and authors of Step Up: Lead in Six Moments That Matter. According to Evans and Foster, the top performers – and top performers – unlock and express their full range of emotions.

Dick was pissed off. Dick concentrated on fixing the problem. Dick took care of it; Not only did he have a right to care, he had to take care of it.

By showing a little emotion – by letting his professional facade slip, if only for a moment – Dick made us trust him.

But while swearing can make you seem more authentic and trustworthy: choose your seats. There is a difference between insulting a situation and insulting a person. There is also a difference in perceived aggressiveness; Some people who don’t mind the occasional S-bomb are uncomfortable with F-bombs. Dick didn’t abuse us. He cursed the situation and added warmth to the search for a solution. Both were things that we could definitely gather around – and that would love to help with the work to fix the problem.

Most importantly, he knew his audience.

And you too. Express how you feel, but do so in a controlled and usable way.

Because science shows that authenticity is important – but as with most things, it is possible to take a good cause too far.