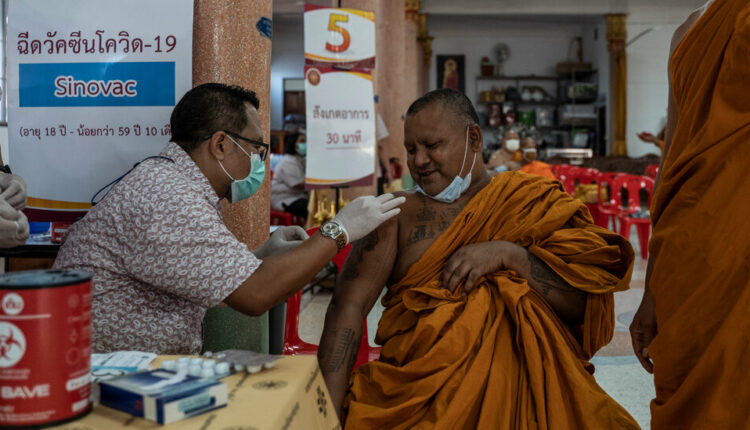 Sinovac Coronavirus Vaccine Approved by WHO for Emergency Use

The World Health Organization has cleared an emergency Covid-19 vaccine from Chinese pharmaceutical company Sinovac, paving the way for inclusion in Covax, the global initiative that low-income countries rely on for the vaccine.

The decision was announced Tuesday, about a month after the agency approved another Chinese emergency vaccine from Sinopharm.

There is an urgent need for vaccines in countries and regions where the virus is rising sharply, such as India, much of Southeast Asia, and South America. Adding another vaccine to the distributional calculus could help meet this need.

The Covax battles are one of many factors contributing to the growing gap in vaccination coverage between the world’s rich and poor. Covax was underfunded and behind schedule even before it suffered its worst blow this spring when India halted vaccine exports amid a devastating coronavirus crisis.

And the world is far from having the 11 billion doses required to vaccinate 70 percent of the world’s population, the approximate threshold required for herd immunity, Duke University researchers estimate. While global production is difficult to measure, analysts Airfinity estimated in mid-May that the world has produced about 1.7 billion cans to date.

Sinovac’s vaccine, called CoronaVac, was developed using inactivated viruses, a technique that has been used for over a century.

Clinical trials with CoronaVac in Brazil and Turkey gave very different results, but both showed that the vaccine protected against Covid-19.

The vaccine has already been approved for use in 29 countries, including China, Brazil and Mexico, according to the Our World in Data project at Oxford University.

CoronaVac is given in two doses over two to four weeks and is easier to store than those from Pfizer-BioNTech and Moderna, which must be kept frozen for long-term storage.

The WHO Director General, Dr. Tedros Adhanom Ghebreyesus said at a press conference on Tuesday that the simple storage of CoronaVac made it very useful for the “low-resource settings” who need it most.

So far, an overwhelming chunk of vaccine doses have gone to affluent countries, and many of them are returning to an approximation of normal life as the virus devastates less affluent nations.

“The world desperately needs multiple Covid-19 vaccines to eradicate the huge inequality of access around the world,” said Dr. Mariângela Simão, WHO Deputy Director General for Access to Health Products, in a statement.

Since Tuesday, the WHO has approved vaccines from Pfizer-BioNTech, Oxford-AstraZeneca, Johnson & Johnson and Moderna in addition to the two Chinese vaccines.

At the press conference on Tuesday, Dr. Tedros and officials from the International Monetary Fund, World Bank Group and World Trade Organization launched a fresh push to secure $ 50 billion to boost the manufacture and distribution of coronavirus vaccines and other medical supplies and treatments for poorer countries.

“An increasingly two-pronged pandemic leads to a two-pronged economic recovery with negative consequences for all countries,” said Kristalina Georgieva, managing director of the IMF on Effective Way to Boost Global Production. In other words, vaccine policy is economic policy. “