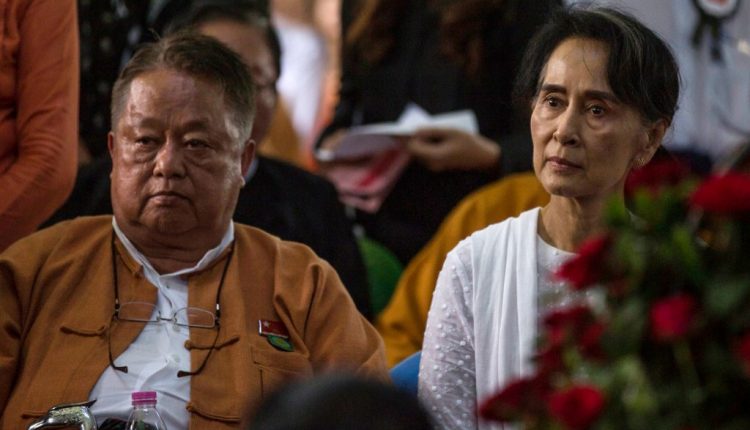 A key adviser to Myanmar’s ousted leader Aung San Suu Kyi was arrested on Friday, days after a coup that sparked outrage around the world and called on the generals to surrender power.

Win Htein, 79, confirmed his arrest in a brief interview with Reuters news agency, saying that police officers took him in a car from Yangon to the capital, Naypyidaw.

He did not say what charges he might face.

“You are gentlemen so I can pick up the phone,” he said. “We were treated badly for a long time. I was never afraid of them because I haven’t done anything wrong in my entire life. “

The arrest came after the streets of Myanmar’s largest city were filled for a third night with the sound of people banging pots and honking car horns, expressing their opposition to the coup.

About 70 MPs from Aung San Suu Kyi’s National League for Democracy (NLD) also opposed the military on Thursday when they convened a symbolic parliament and signed a pledge to serve the people on their premises in the capital, Naypyidaw.

Win Htein, who is believed to be Suu Kyi’s right-hand man, “was arrested from his daughter’s house where he was staying at midnight (in Yangon),” said Kyi Toe, spokesman for the NLD.

The 79-year-old NLD worker is a longtime political prisoner who has spent long periods in and out of custody to fight against military rule.

Prior to his arrest, Win Htein had told the local English-language media that the military coup was “not wise” and that its leaders “had led the country in the wrong direction”.

“Everyone in the country should oppose the measures they want to take as much as possible to bring us back to zero by destroying our government,” he told Frontier Myanmar after the coup.

Aung San Suu Kyi, who is charged with illegally importing telecommunications equipment through some walkie-talkies found in her home, has not been seen publicly since Monday.

More than 130 officials and politicians were arrested in connection with the coup, according to the Assistance Association for Political Prisoners, a Yangon-based group that monitors political arrests in Myanmar.

Protesters took to the streets of Mandalay on Thursday to denounce the military after Monday’s coup [Stringer/Reuters]Telecommunications providers in the country were also ordered to restrict Facebook, the main means of Internet access and communication for millions of people in Myanmar.

With Facebook choked, in the past few days more people from Myanmar have switched to Twitter or started using VPN services to bypass the block.

Hashtags speaking out against the coup, including #HearTheVoiceofMyanmar and #RespectOurVotes, were trending on Twitter in Myanmar on Friday, citing them on more than seven million posts.

A so-called civil disobedience movement has picked up speed online calling on the public to resist every night by tapping pots and pans to show their anger.

At 8:00 pm on Thursday, a cacophony of noise rose from the Yangon neighborhoods, and cars honked on the streets to join the chorus of disagreement.

“I haven’t been able to sleep or eat since the coup,” Yangon’s Win Bo told AFP, adding that he was a “frontliner” during the 1988 uprising.

UPDATE: Myanmar President U Win Myint and his family have been removed from his official residence and sent to a different location – the party’s information committee says. Further details are still unclear. #myanmar #myanmarcoup

This pro-democracy movement ended in a bloody crackdown that killed thousands of protesters and monks who fought against the generals.

“Now I’m standing in front again,” he said. “I cannot accept this coup. I want to make an armed revolution if possible. “

So far there have been no large-scale protests, although small dissent cases have surfaced and doctors wear red ribbons – the color of the NLD.

The coup was condemned worldwide.

On Thursday, US President Joe Biden reiterated his call for the generals to reverse course.

“The Burmese military should relinquish the power it has seized, release the lawyers and activists and officials it has arrested, lift restrictions on telecommunications and refrain from violence,” Biden said.

He spoke hours after his National Security Advisor, Jake Sullivan, said the White House was “examining targeted sanctions against both individuals and military-controlled entities that enrich the military.”

He gave no further details.

The United Nations Security Council took a gentler route and on Thursday expressed “deep concern” over the military coup – a step back from an early draft condemning the generals’ action.

Multinational corporations working with the military-affiliated companies in Myanmar have been urged to sever ties in order to put pressure on the generals.

Japanese beer giant Kirin said Friday it was ending its joint venture with a military-owned conglomerate. Kirin has been under pressure for some time because of its army-owned ties to Myanmar’s breweries.