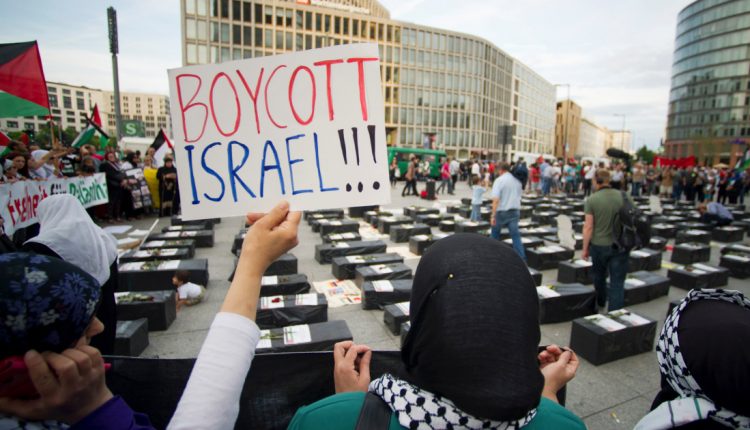 Saeb Erekat, Palestinian negotiator and general secretary of the Executive Committee of the Palestine Liberation Organization, died last month at the age of 65. His death has been viewed by some Palestinians as a metaphor for the end of the Oslo era, its twisted logic.

Erekat and many Palestinian political officials of his generation have firmly adhered to the so-called two-state solution, insisting that the Palestinians will be able to strike a fair deal with the Israelis and their American patrons for an independent Palestinian state in parts of historical Palestine to be established.

The illusion that this is actually possible has been sustained through decades of continued colonization and catastrophic agreements. It is “the opium of the Palestinian people”.

The agreements with Israel, signed by Egypt in Camp David in 1978, by the Palestinians in Oslo in 1993 and by Jordan in Wadi Araba in 1994, should be necessary steps towards self-determination for the Palestinians and towards “peace” in the Middle East in general.

However, all of these agreements ignored the existence of the Palestinian people as a people and their fundamental rights, including the right of return of Palestinian refugees and equality for the Palestinian citizens of Israel.

Instead of insisting on these fundamental rights and following the example of the anti-apartheid movement in South Africa, which mobilized international civil society for the idea of ​​one person, one voice and the establishment of a secular democratic, non-racial, non-sectarian state, the Palestinian political Leadership reduced the Palestinian people to those who lived in the West Bank, Gaza Strip and East Jerusalem.

This resulted in the formation of a Palestinian bantustan from inappropriate areas where Palestinians live under the constant terror of military occupation and where the Palestinian Authority does not exercise full authority.

The insistence on continuing the path from Oslo to an illusory two-state solution persisted even after Israel passed a nation-state law in which the right to self-determination in the “Land of Israel” was expressly declared as “unique to” the Jewish people ” – ie according to the Israeli state, the Palestinians cannot enjoy this right. And it persisted even if the Arab states pushed for normalization with Israel without concessions along the line of “peace for land” and the United States presented another “peace agreement” in which they offer the Palestinians nothing more than humiliation for a livelihood.

Oslo and its derivative processes ignore the elephant in the room – the apartheid regime that Israel effectively imposed on historical Palestine. Nor do they pay attention to the Sumud consciousness that emerged from the Palestinian struggle. Nor do they take into account the long Palestinian legacy of civil and political resistance.

Over the years, many Palestinians have come to Oslo and have chosen to find alternative avenues to safeguard Palestinian rights.

In 2001, just one year after the outbreak of the Second Intifada, the World Conference Against Racism (WCAR) NGO forum was held in Durban, South Africa. It offered a very clear diagnosis of the nature of the Zionist project and paved the way for a much more practical, but also more progressive, path to new intersectional cooperation between the oppressed Palestinians and other marginalized groups.

In 2005, the Boycott, Divestiture and Sanctions Movement (BDS) was launched, and two years later the BDS National Committee was formed to map its forward movement. BDS, together with the establishment of the Campaign for a Democratic State and the Great March of Return – to name just a few examples – mark the beginning of a process of de-Osloization of the Palestinian spirit. Gaza played a central role in this.

Most of the events that have taken place in the Strip since the 2006 general election have been a total rejection of the Oslo Accords and their aftermath. If we consider that 75 to 80 percent of Gaza’s residents are refugees, the anti-colonial and anti-Oslo context becomes the election results all the more clearly.

In the years that followed, calls for an alternative paradigm that broke away from the fiction of the “two-prison solution” increased. It is a paradigm that views the victims of the people of Gaza as a turning point in the struggle for Palestinian liberation and builds on the growing global anti-apartheid movement that was kicked off by the attacks in 2009, 2012 and 2014 on Gaza and by Great March of the Return.

For most Palestinian activists, the de-Osloization of Palestine has become a prerequisite for building peace with justice. This requires redefining the Palestinian cause as an anti-colonial struggle against a system of settler colonialism and apartheid, as well as the reunification of the three components of the Palestinian people, namely the residents of Gaza and the West Bank, the refugees and the Palestinian citizens of Israel.

The first steps in this process were taken in Durban in 2001. The WCAR declaration, in a very peculiar way, called on the Palestinians to offer guidelines for the most effective instrument of international solidarity in their struggle against apartheid in historic Palestine. The language used in the statement was clear, diagnostic, strong, and most importantly, uncompromising about basic human rights:

“We are declaring Israel a racist apartheid state in which Israel’s brand of apartheid is marked as a crime against humanity through separation and segregation, dispossession, restricted access to land, denationalization, ‘bantustanization’ and inhuman acts.”

And this was the beginning of our South African moment for all of us in Palestine, a step on our long journey to freedom, equality and justice.