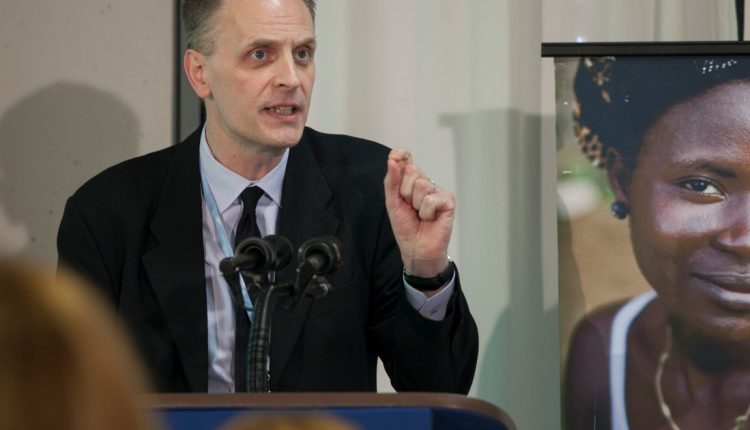 England was slammed into its third national lockdown a week ago due to the coronavirus pandemic. The entire UK is now under strict social distancing controls as it struggles to contain a variant of COVID-19 that is spreading faster.

The UK registered 59,940 confirmed cases and 563 deaths on Sunday, bringing the total number of victims to more than 81,000.

London Mayor Sadiq Khan has declared a “major incident” in London, the epicenter of the UK outbreak. The hospitals in the capital are struggling to cope with patient numbers.

Richard Horton, editor-in-chief of The Lancet, one of the oldest and most respected medical journals in the world, speaks to Al Jazeera about the crisis.

More than three million confirmed cases of COVID-19 have been recorded in the UK since the pandemic started [Simon Dawson/Reuters]Al Jazeera: Why is the UK fighting to contain the coronavirus pandemic?

Richard Horton: The main reason the UK struggled is because it failed to learn the lessons of the first wave of the pandemic in 2020 and, despite claims to do so, has steadfastly refused to follow science.

The lessons from science have been that if infections rise, you must isolate immediately to suppress transmission and reduce the prevalence of infections in the community. But at every stage, the government delayed the lockdown and delayed and delayed so the virus got out of control.

The result is increased hospital stays and deaths. This was completely avoidable if the government had acted more decisively and sooner.

I think the prime minister [Boris Johnson] has appeased a small group of MPs who are vehemently libertarian and anti-lockdown – a group of MPs who simply do not understand the impact this pandemic is having on people’s lives. And it is the same appeasement strategy that is being used in dealing with Brexit that he is now using to deal with this pandemic. It’s totally political.

Al Jazeera: What should the government have done differently?

Horton: If we start with last year, the evidence presented by SAGE [the government’s Scientific Advisory Group for Emergencies] For ministers, the overwhelming threat of the pandemic was in early March, and yet it was not until March 23 that a lockdown was announced.

During that two to three week period, the pandemic spiraled out of control, resulting in tens of thousands of unnecessary deaths.

We are now in exactly the same position as it was clear in December, before we even understood about the new variants, that we were threatened with a resurgence of the pandemic. SAGE and Independent SAGE recommended urgent and decisive action by the government. The government refused to act; in fact, they planned to relax the restrictions over Christmas.

And then, just before the holidays, we have this new variant, but it was not until the first week of January before the government announced a lockdown. Again, we wasted at least three weeks when we should have had much more active policies to suppress the transmission of the virus to the community. So we lost time again. As a result, we will go into January with the National Health Service (NHS) facing the real threat of congestion.

Al Jazeera: Are the government’s plans for the future reasonable?

Horton: It’s ridiculous what Johnson says about getting out of lockdown in mid-February. If you look at the course of the next three months over time, you can find out what happened last spring. We would expect that if this lockdown is effectively implemented and the public supports it, the death toll will peak around the end of January this year, likely around January 22nd, and then begin to decline gradually. It was not until July 4th last year that pubs, restaurants, hairdressers, etc. opened and households were allowed to mingle. So that was March 23rd to July 4th.

If you apply the same period from January 6th, when [the most recent] The lockdown has been implemented, which will take us until April 14th. So I would predict that despite the fact that we are trying to immunize millions of people, beyond Easter we will need restrictions before we can lift the lockdown. And the situation is worse now than it was last spring because we are in winter and we have a more communicable virus. So this talk of good: “We are coming February 15th and we will be able to ease the lockdown.” This is total nonsense.

We should meet public expectations far better than we do. Because if you over-promise and under-deliver again, it will undermine public confidence and public confidence. And the lesson we learn from the Dominic Cummings episode is that once you undermine public confidence, people will not follow government advice. The unnecessary damage is measured by the number of people who died unnecessarily and the long COVID by the very large number of people who had the infection and have residual health problems. And that proportion could be up to 30, 40, 50 percent of the people who are infected with COVID.

Al Jazeera: Would you say the UK ethnic minority government failed during the pandemic?

Horton: I think it’s important to realize that this pandemic is a synthesis of epidemics. It is a virus that is combined with a chronically unhealthy population and thrives on inequality. And so people who are at the lower end of the social gradient, people who live in poor apartments, do not earn a lot of money, are dependent on the social system, they are particularly at risk from this virus. These include black, Asian, and ethnic minorities. Because the government does not prioritize inequality in its social policies and still does not prioritize inequality as far as I can see, millions of people are vulnerable to further waves of the pandemic.

The point about inequality is that fighting the pandemic is not just about the virus, it is about the state of your society. And if your society is fundamentally unequal, then you are leaving the most marginalized, most marginalized people at the greatest risk of harm to their health, and so it is today. The government lacks a strategy to deal with inequality as the main social determinant of infection outcome.

But then the legacy also extends to children. Children have missed school so much that they are now at least six months behind where they should be in terms of school. And we are now in a situation where they will fall further behind – the digital divide across the country is making inequalities for children from the pandemic worsen. It’s a real existential crisis for a new generation.

Al Jazeera: How concerned should we be about the new variant?

Horton: I think we should be very concerned about the mutations in the UK, variant B117 which is surprisingly different from the original version of the virus. And there is cause for concern about the vaccine, as several of the mutations occur in the part of the virus that is extremely important for protective immunity. The South African variant is possibly even more worrying. I think the government has rightly tried to protect our borders more aggressively. Yes, I am very concerned that the virus is mutating and mutating in a way that will compromise the effectiveness of a vaccine and our ability to keep the pandemic under control.

There is no question that the UK is the leader among Western countries in terms of vaccine implementation. And I think that’s a great start to have vaccinated well over a million people by the start of the year. This is a tremendous achievement by the NHS and we must ensure that it continues to do so. I have a problem and this is again about managing expectations. The government set a goal of February 15 to immunize over 14 million people in the top groups identified by JCVI [Joint Committee on Vaccination and Immunisation]. That means we have to immunize over 350,000 people every day, two and a half million people a week, to reach that number by mid-February.

That’s a big, big question. It will put a strain on the system at a time when winter pressures on the NHS are already massive. We have to be very careful not to over-promise and under-deliver. I would prefer if we steadily increase the vaccination schedule rather than rushing and tripping and failing to meet public expectations. And remember, even if we could get by February 15th and immunize 14 million people by then, those aren’t the only categories on the JCVI list. There are 16 million more people, people over 50, who need to be vaccinated. So the total number that JCVI identifies is over 30 million people. This has not been done at this scale or speed in any country. We must not underestimate the logistical challenges we face here.

Al Jazeera: How would you characterize the UK anti-vaccine movement and what can be done to address this problem?

Horton: I don’t see any significant progress in the anti-vaccination movement in the UK. It’s a very small group. And it doesn’t seem to have much of an impact on the general population. I think the anti-vaccination movement is a lot more powerful in countries like the United States, France and elsewhere, but in the UK it is a fringe group. And I don’t see any major role in hindering the introduction of vaccines.