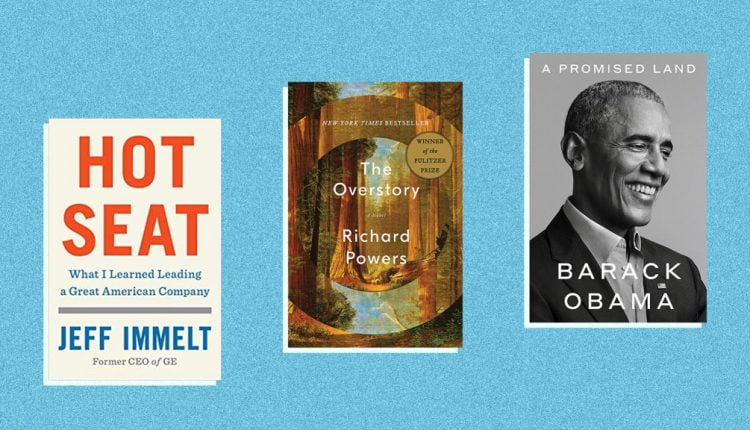 Bill Gates just can’t stop recommending books. Several times a year, the philanthropist-turned Microsoft founder visits his blog to share his latest favorite readings, but even when he allegedly promotes his own book, Gates plops over and over for other writers.

As part of his advertising campaign for his new book How to Stop a Climate Change Catastrophe, Gates recently participated in a Reddit AMA (Ask Me Anything) in which he touched on what individuals can do to fight climate change, his feelings about the crazy conspiracy theories on his role in developing Covid vaccines and even the best burger bars in Seattle.

But of course the bookworm Gates couldn’t stop himself from making a few book recommendations. He shared the last three great titles he read. If you want to fill your queue to read for spring, one of his suggestions might fit the bill.

1. A promised land of Barack Obama

The first volume of Obama’s presidential memoirs has sold more than three million copies, so it is perhaps not surprising that Gates picked it up like so many others. Whatever his reasons for trying the bestseller, Gate’s gave it their thumbs up during the AMA. Lots of other reviewers too.

“Barack Obama is just as good a writer as you’ve come,” enthused the New York Times, calling the 768-page volume “almost always pleasant to read.” That’s kudos, given how cumbersome most of the President’s memoirs are.

2. The story of Richard Powers

Gates describes The Overstory in his AMA as “a great fiction book that a friend got me to read,” which is true, but doesn’t quite convey the book’s power and craziness. Combining interlocking stories that in some ways revolve around trees, the Pulitzer Prize-winning novel is both a compelling read (one of my personal favorite books in recent years) and a passionate call for better care for the natural world.

Or as the author Ann Patchett put it briefly: “The best novel ever written about trees, and really only one of the best novels of the time.”

But don’t think that Gates has completely given up his interest in the environmental business. The third book he mentioned is Jeff Immelt’s Hot Seat, which describes the legendary CEO’s experience leading GE through the Great Recession and other crises.

Satya Nadella, the current Microsoft CEO, recommended the book to entrepreneurs finding their way around the post-Covid world (hello, Inc.com readers!) As “a must-have for anyone who wants to learn what it takes to get through.” to lead turbulent times “.