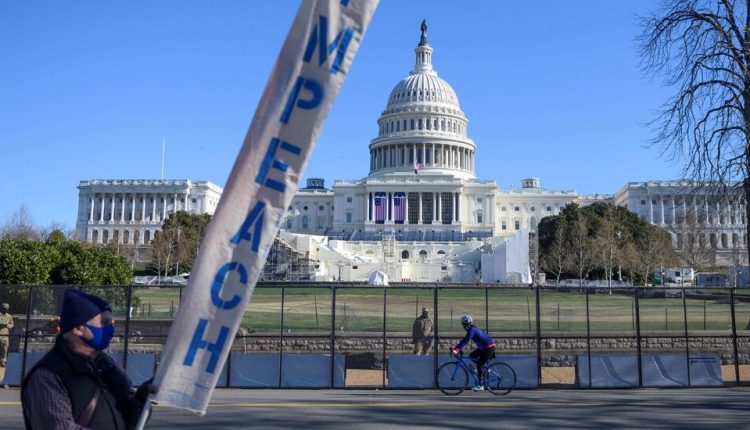 Kadia Goba, Axios: Capitol Police came on the speaker to say there was a violation. When you walk into this marble building, it seems sacred to the people who work there. They just don’t think about intruders getting access to that part of the building.

Marcus DiPaola, freelance: This guy grabs my shoulder and says, “Who do you work for?” I say, “I’m a freelance photographer.” He says, “Have you ever worked for CNN?” And then he pulled me out of the way and stormed inside.

Zoeann Murphy, Washington Post: Around 10 a.m. I went back to my hotel and went through these mobs of Trump supporters who were drunk in the lobby. I return to my room and began to process the enormity of what had happened.

Robert Moore, British ITV: I went to sleep around 3 or 4 a.m. and was up a few hours later. What surprised me is the interest in Europe and especially in Great Britain with what is happening here. This is viewed as a seminal story that shatters the myth about the stability of American democracy.

That’s it for this briefing. See you on Tuesday.

PS
• We hear “The Daily”. Our latest installment is all about the online planning and on-site failures that contributed to the Trump supporters attack on the U.S. Capitol.
• Here is our mini crossword puzzle and a clue: Where you could read “Idk, tbh” (four letters). You can find all of our puzzles here.
• Matt Mason, the state poet of Nebraska, wrote “The Start” in response to last week’s violent hand-to-hand combat at the Capitol.
• Matt Thompson, Reveal’s Editor-in-Chief at the Center for Investigative Reporting, joins The Times as editor of Headway, our new journalistic initiative exploring a range of economic, social, health, infrastructural and environmental challenges.