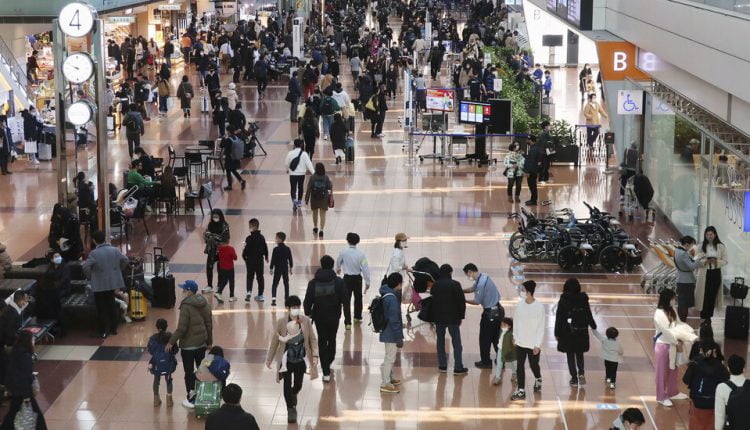 Japan, Spain, France, Sweden and Canada have all noted a small number of infections involving a new, potentially more transmissible variant of the coronavirus, mainly related to traveling from the UK, where it was first discovered.

The variant’s rapid spread this week resulted in the lockdown of London and southern England, triggered a temporary French blockade of the English Channel and resulted in countries around the world excluding travelers from the UK, as few countries have genomic surveillance that the UK does There is concern that the variant has traveled the world undiscovered for weeks.

A recent study by British scientists found no evidence that the variant was more deadly than others, but estimates it is 56 percent more contagious.

So far, the British variant has been diagnosed in seven people in Japan, said the country’s Ministry of Health. All of them had either recently traveled to the UK or had contact with someone who had done so.

The discovery in Japan caused the country to close its borders to all new entrants from overseas foreigners. The ban will come into effect on Monday at midnight and will last until the end of January, reported the public broadcaster NHK.

In Spain, the variant was found in the capital region, the local authorities announced on Saturday. Antonio Zapatero, a regional health official, said four cases had been confirmed in Madrid while three more were being treated as suspicious. At least two of the cases involve people who were recently in the UK and then tested positive in Madrid, as well as some of their relatives.

The first case of the new, rapidly spreading variant of the coronavirus in France was identified on Friday, according to the French Ministry of Health. Officials said the patient was a French national living in the UK who traveled from London to Tours, a city in central France, from London on December 19, the day before the UK government put a lockdown on the variant after the variant emerged.

Officials in Sweden announced on Saturday that a case of the variant had been discovered there after a traveler visited Sormland near Stockholm from the UK over Christmas, Reuters reported. No other cases were found, the Swedish Health Department said.

Health officials in Ontario, Canada, said Saturday that they had confirmed two cases of the variant in the province. The two cases were a couple from Durham, about 90 miles northwest of Toronto. The couple had no known travel history, exposure or high-risk contacts, the provincial health ministry said.

It is normal for viruses to mutate, and most of the mutations in the coronavirus have proven to be minor. The British variant has a constellation of 23 mutations, some of which could change their portability. Vaccine experts are confident that the available vaccines can block the new variant, although this needs to be confirmed by laboratory experiments that are currently being carried out.

The member states of the European Union are due to start vaccinating against the virus with the Pfizer BioNTech vaccine on Sunday. Hungary started giving the vaccine a day earlier on Saturday.

A few other variants have also been identified, including one in South Africa and one in Nigeria. The UK said Thursday it would ban travel from South Africa after UK Health Secretary Matt Hancock said two people had been infected with the variant found there.

Germany and Singapore have identified infections with the new variant. And Denmark, which has more extensive genomic surveillance than many other countries, discovered 33 cases of the variant from November 14th to December 14th, according to the Danish health authorities.

The US has not yet reported any cases of the British variant. However, the country will require all passengers arriving from the UK to test negative for the coronavirus within 72 hours of their departure, the Centers for Disease Control and Prevention said Thursday. The rule takes effect on Monday.

Hisako Ueno and Mike Ives contributed to the coverage.