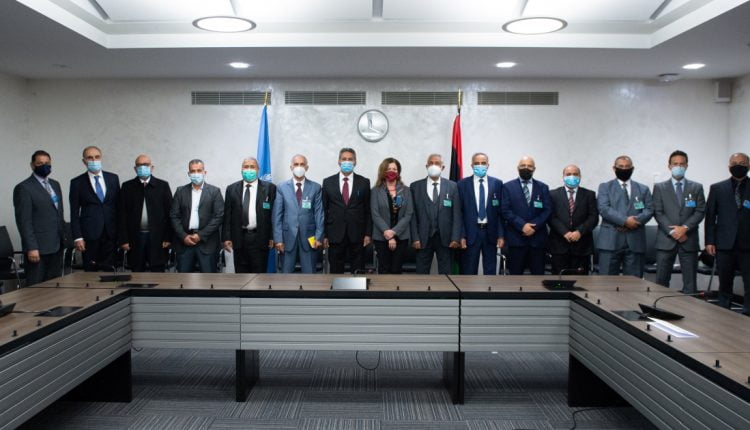 A United Nations-led Libya forum has voted on a transitional government and elected Mohammed al-Menfi as chairman of the council and Abdulhamid Dbeibeh as prime minister.

The election of a unified government aims to end a more than five year split in Libya in which two rival governments and their affiliated armed groups rule different parts of the North African country.

74 members of the Libyan Forum for Political Dialogue (LPDF), made up of Libyans from different political backgrounds, chose a list with the Prime Minister and the Chairman of the Presidential Council.

“On behalf of the United Nations, I am delighted to witness this historic moment,” said the incumbent Libyan UN envoy Stephanie Williams, who was interrupted by applause.

The winners list received 39 votes, which is more than the required 50 percent plus one of the 73 valid votes. One voter abstained from voting.

None of the four candidates – each with a candidate for prime minister and three for a council presidency – secured the 60 percent threshold of votes required to finally win the first ballot.

The two slates with the most votes went to a runoff.

On the list with the highest number of votes in the first round on Friday was Aguila Saleh, the politically savvy spokeswoman for the Libyan Eastern Parliament, who ran for president of the Presidential Council.

On the same list is Fathi Bashagha, the Western government’s powerful interior minister who had hoped to take over the prime ministry.

Since Monday, members of the LPDF have been gathering near Geneva to hear presentations from the 45 candidates.

Almost all candidates have pledged to hold the elections on time and vowed to work on national reconciliation and help displaced Libyans
Go back to their houses.

Dbeibeh spoke to the LPDF earlier this week and said he would focus on uniting and restructuring and building the country’s military
a ministry for national reconciliation and reparation.

“The Libyans want to live,” he said.

The selection of a transitional government is part of a United Nations peace process based on the holding of national presidential and parliamentary elections in December.

Fathi Bashagha, Interior Minister of the United Nations-recognized Libyan Government of the National Agreement, speaks during a press conference at the Tajura Training Institute, southeast of the GNA-held capital Tripoli [File: Mahmud Turkia/AFP]Libya has sunk into chaos since a NATO-backed intervention in 2011 ended Muammar Gaddafi’s four-decade rule.

Al Jazeeras Malik Traina, who reported from the capital Tripoli, said the Libyans’ hope is that the candidates can unite their governments before the elections.

“Last week we saw participants in the Libyan Political Dialogue Forum and heard from candidates about their vision and roadmap that will lead to elections later this year,” he said.

“Hopefully this new interim government can unite and bring about a reconciliation process that will lead to elections later this year.” 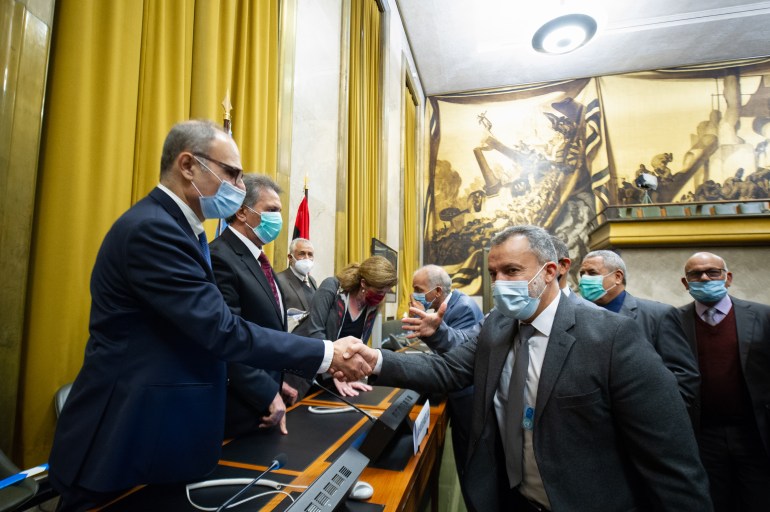 The two rival Libyan factions, after five days of talks at the United Nations in October 2020, signed a “permanent” ceasefire agreement that welcomed the agreement as a historic moment after years of turmoil and bloodshed [File: Violaine Martin/United Nations/AFP]

All candidates for the new administration have pledged to hold national presidential and parliamentary elections on December 24th, in which they will not run for office, and to appoint women to 30 percent of government leadership positions.

However, some Libyans have criticized a process that they consider to have been carried out from abroad and that they fear that existing rulers may retain their influence.

“War and tensions will return sooner or later as long as the armed groups are in power,” said Abdulatif al-Zorgani, a 45-year-old government employee in Tripoli.

The most recent UN trial emerged from a Berlin conference last year and picked up speed in the autumn after the armed forces of renegade military commander Khalifa Haftar stationed in the east were repulsed after a 14-month attack on Tripoli.

There was also a military truce, but not all conditions were met – a sign of continued distrust on both sides and internal ruptures in both camps.

Hong Kong: Youngsters to be taught about nationwide safety regulation