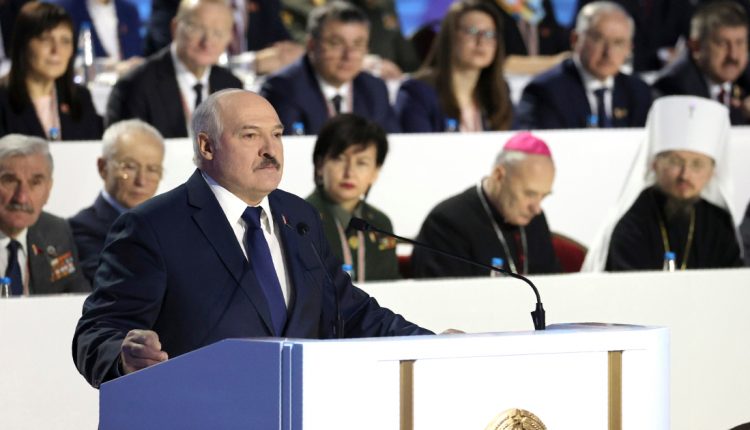 The US Secretary of State announces sanctions against 43 Belarusian nationals after two journalists were convicted.

The United States on Thursday imposed travel restrictions on 43 Belarusian nationals identified as implicated in President Alexander Lukashenko’s “crackdown” on protesters and journalists.

The US action was announced by Secretary of State Antony Blinken in a statement following the conviction of two journalists who broadcast a massive protest live in Minsk in November.

Katsiaryna Bakhvalava, 27, and Daria Chultsova, 23, both from the Polish-funded TV channel Belsat, were sentenced to two years in prison for protesting.

The Foreign Ministry also found that Belarusian authorities raided Vyasna, an association of journalists, and independent union workers on February 16.

Blinken’s statement stated that the US was “still alarmed about the continued violent repression by the Lukashenka regime against peaceful demonstrators, pro-democracy activists and journalists”.

The sanctions, which restrict travel to the US, apply to “high-ranking officials in the judicial sector, law enforcement officers and ordinary employees who have arrested and abused peaceful demonstrators,” said Blinken’s statement.

In addition, judges and prosecutors involved in convicting protesters and journalists, as well as academic administrators who threatened students with participating in protests, were also sanctioned.

More than 33,000 people were arrested in a violent crackdown on protests against Lukashenko’s rule after an election campaign last August that his opponents said had been manipulated to extend his rule, according to Reuters news service.

The action has led the western countries to impose new sanctions on Minsk. Lukashenko has refused to resign, aided by the support of Moscow, which sees Belarus as a buffer state against the European Union and NATO.

Washington had previously increased sanctions against Belarus, targeting four companies and 40 people for their role in the controversial presidential election and the government’s subsequent arrest of protesters.

The two journalists – Bakhvalava, who also goes by the surname Andreyeva, and Chultsova – were arrested in November after police broke the door of an apartment in Minsk, where they were broadcasting a live stream of a demonstration in the Belarusian capital.

Journalists Katsiaryna Andreyeva (right) and Daria Chultsova stand in a cage of the defendants in a courtroom in Minsk, Belarus, when the court sentenced the two journalists to two years in prison for reporting a protest against the authoritarian president of the nation [AP Photo]Bakhvalava spoke to the court ahead of the verdict and vowed to continue working to “build Belarus without political repression,” according to The Associated Press.

“I’m not pleading. I demand acquittal for myself and my colleagues, ”she said, referring to other detained journalists.

The two were charged with “organizing actions that grossly violate public order” – allegations that they denied.

Meanwhile, a bank employee trial began on Wednesday in Belarus who tried to challenge Lukashenko in last year’s elections but was banned from the race on criminal charges.

The 57-year-old Viktor Babariko, the former head of the Russian-owned Belgazprombank, has been detained for corruption and money laundering since June. He has denied the allegations and said they should prevent him from challenging Lukashenko.

LeBron James Shares That He Needs Do An Album