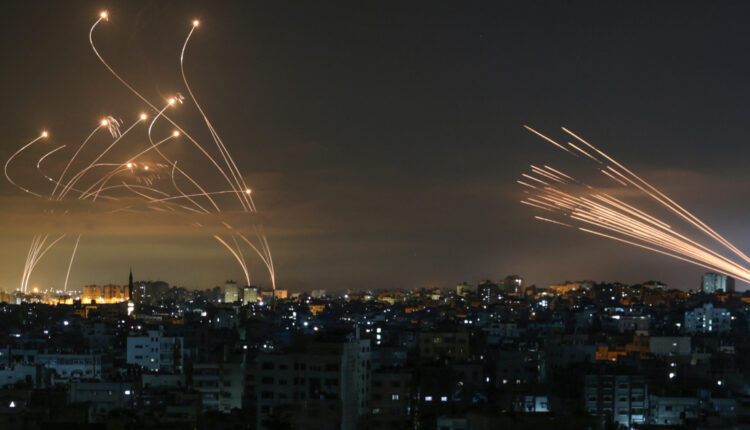 Why is South Korea creating an Israeli-style Iron Dome? | Information

Seoul, South Korea – South Korea is developing a new artillery and short-range missile defense system modeled on the Israeli Iron Dome to further upgrade its military equipment on a peninsula that is technically still at war.

The South Korean government announced last month it would spend about $ 2.5 billion on research and development and deploy the new system by 2035.

The Korean War of 1950-53 ended in a ceasefire, not a peace treaty, and since then the North and South have built up troops and armaments along the Demilitarized Zone (DMZ) that separates the two countries. North Korea has also developed nuclear weapons and ballistic missiles in recent years, although the proposed South Korean defense system will not be able to defend against these weapons, but it will be able to attack artillery and short-range missiles.

North Korea has an estimated 10,000 artillery pieces, including rocket launchers buried north of the DMZ, less than 100 kilometers from Greater Seoul and its 25 million people, half of South Korea’s population.

South Korea’s new system will aim to use interceptor missiles to protect the South Korean capital, its core facilities, and key military and security infrastructure from a possible North Korean bombardment.

But South Korea’s artillery interception system must be significantly more efficient than the Israeli one.

“The Iron Dome responds to missiles sporadically fired by militant groups like Hamas and irregular forces,” said Colonel Suh Yong-won, administration spokesman for the Defense Acquisition Program (DAPA) in June. “Some parts of the system will be similar, but what we are going to build is designed to intercept long-range artillery pieces from North Korea, which will require a higher level of technology given the current security situation.”

Because of this, he said, the South Korean system is likely to cost much more than the Israeli system.

Military experts also noted that Israel will have to fire far fewer projectiles than South Korea is likely to have to do. During the recent Gaza conflict, Hamas fired around 4,300 rockets in 10 days. But with more advanced targets, large cannons and rocket launchers, North Korea can fire an estimated 16,000 rounds per hour, according to a recent report in the Hankyoreh newspaper.

Still, experts seem confident that South Korea will be able to develop effective missile defense against North Korea’s artillery and missile fire. The question is the price. For many countries, national security and, in particular, military budgets call the conventional cost-benefit analysis into question.

“For South Korea there is no choice, it cannot be changed,” said Jo Dong Joon, director of the Center for North Korea Studies at Seoul National University. “South Korea worries that North Korea could fire its long-range artillery without fear of retaliation.”

The impetus to develop the system came in 2010 when North Korea shelled the border island of Yeonpyeong and killed four people.

According to the Hankyoreh newspaper, the South Korean authorities considered introducing an iron dome system after the incident in Yeonpyeong, but ultimately found it to be inadequate. Her focus at the time was on destroying the source of the incoming fire.

To do this, last year South Korea deployed new Korean tactical surface-to-surface missiles, KTSSMs, so-called “artillery killers” with a range of 100 km (62 miles) that were specially designed to destroy the artillery of the north, Jo said who also focuses on nuclear strategy. South Korea’s KTSSMs, however, will take time to target and destroy the source of fire – the artillery pieces and rocket launchers – which could give Pyongyang enough time to hit and destroy key facilities in Seoul.

North Korea upgraded its arsenal and military equipment, unveiling what it calls “the world’s most powerful weapon” in a parade in January [File: KCNA via Reuters]

By defending against the northern artillery and missiles along the DMZ, some experts believe that limited provocations will be deterred and less likely to escalate into a major conflict with the northern nuclear weapons.

“North Korea’s escalation ladder is now very high – all the way to nuclear weapons,” said Jo, adding that South Korea must be able to respond specifically to the artillery threat or to provoke the greater risk of escalation.

North Korea’s development of nuclear weapons poses a number of strategic challenges beyond the weapons themselves. The threat of their use encourages Pyongyang and puts Seoul at a disadvantage, despite its vastly superior conventional forces and alliance with the United States.

“North Korea’s possession of nuclear weapons is what is causing the collapse of the strategic balance … missile defense compensates a little for that imbalance,” said Go Myung-hyun, research fellow at the Asan Institute for Policy Studies.

But missile and artillery defense is viewed as a relatively expensive endeavor that requires years of research and development with a questionable benefit. Defense system spending can be offset by deploying offensive missiles to defeat the defense system and it would cost less.

“It will always be cheaper for any attacker, be it North Korea or Hamas, to procure more offensive missiles than it is for defenders to continue to procure defensive interceptors,” Carnegie’s Panda said. “The resources that South Korea will spend … have opportunity costs elsewhere for what South Korea might spend on offensive weapons.”

At the same time, South Korea’s emerging military-industrial complex could benefit greatly from the project beyond its initial research, development and deployment to South Korea.

“Such a system could be attractive as a potential export,” said Panda.

Still, some have spoken out vehemently against the program, arguing that South Korea’s soaring military spending – which now amounts to nearly $ 50 billion a year – is fueling an intra-Korean arms race.

South Korea has upgraded its military hardware in a number of areas including the development and deployment of advanced naval destroyers, its own artillery, missile and missile systems, and the F-35 Joint Strike Fighter aircraft, all generations ahead of North Korea’s Kora’s weapon systems. It is this imbalance in conventional forces that drives Pyongyang to adopt alternative strategies.

“This armament ultimately prevents the North from making other choices … focusing on asymmetric weapons like nuclear weapons and weapons of mass destruction,” said Park.

South Korea’s democratic leadership spends even more than conservatives, said Park, who has been active in peace activism for 15 years. The Democrats want to avoid criticism of the softness and appease a military that is less enthusiastic about peace initiatives.

There is also an entrepreneurial motivation behind approving such an expensive project.

“This could be a way to provide the defense companies, whether Samsung or Hanwha, with unrealistic military defense,” said Park.

One of the criticisms of Iron Dome is that it prevents the Israeli government from diplomatically pursuing a solution to the problem’s long-standing roots.

“Instead of the Iron Dome, I think we need to focus more on dialogue.”