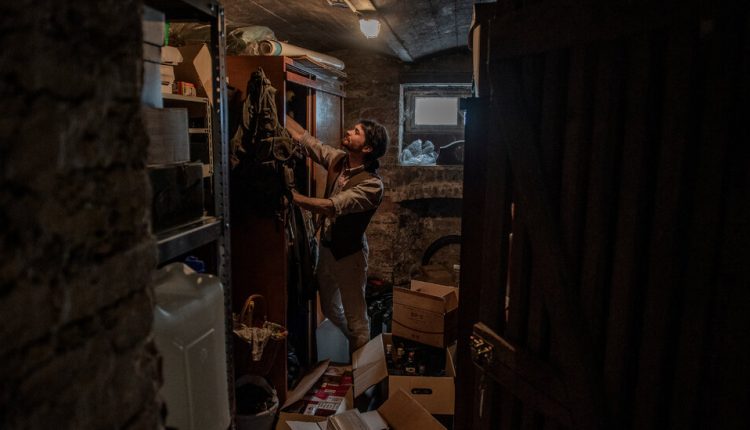 We cover a German right-wing extremist terror suspect, a register for Spaniards who refuse the vaccine and a united front of former enemies in Tigray.

The double life of Franco A.

During the height of the migrant crisis in Europe, Franco A., a lieutenant in the German army, pretended to be a Syrian refugee for 16 months. He darkened his face and hands with his mother’s makeup and put shoe polish on his beard.

Prosecutors say the ploy was part of a far-right conspiracy to carry out assassinations for which his alter ego as a refugee could be blamed and to cause enough unrest to overthrow West Germany. Franco A., as court documents call him under German data protection law, said he tried to expose deficiencies in the asylum system. His lavish double life dissolved after the police caught him trying to collect a loaded pistol that he had hidden in a Vienna airport bathroom.

He will be tried early next year – and in a certain sense Germany too: not only because of the administrative failure that allowed a German officer who did not speak Arabic to pretend to be a refugee for so long, but also because of his longstanding complacency in Germany Fight against right-wing extremism.

Quote: “It was really a shocking moment,” said Aydan Ozoguz, a lawmaker who was the commissioner for refugees and integration at the time. “The asylum system should undoubtedly identify fraudsters. But the bigger story is: How could someone like this be a soldier in Germany? “

Spain will register those who reject Covid vaccines

Although vaccination against Covid-19 will not be compulsory in Spain, the country plans to collect information on residents who choose not to refuse it and share it with other EU countries.

“Refusals to vaccinate are kept in a register,” said Health Minister Salvador Illa on Monday. “This is not a public document and will be created in accordance with data protection.” Vaccination, he added, should be viewed as an “act of solidarity with our loved ones and our citizenship”.

Spain aims to vaccinate 2.5 million high priority people by March, starting with residents of nursing homes and the caregivers who look after them.

Voice of the opposition: José Luis Martínez-Almeida, the spokesman for the People’s Party, blamed the government for a lack of transparency and “lack of information” about the vaccine, which, in his opinion, has made many people reluctant.

Former enemies fight together in Tigray

Ethiopian Prime Minister Abiy Ahmed has been denying for weeks that soldiers from Eritrea – a country that Ethiopia once waged in a brutal war – had entered Tigray.

According to aid workers, refugees, United Nations officials and diplomats, Eritrean soldiers have joined the fighting in the northern Ethiopia region, apparently in coordination with Mr Abiy’s armed forces, and are facing credible allegations of atrocities against civilians.

The soldiers raged through refugee camps and committed human rights violations, officials and witnesses say. It is unclear how many soldiers are there, but a communication failure has slowly cleared and more accounts are becoming available.

Context: Mr. Abiy and President Isaias Afwerki of Eritrea share a common hostility towards the rulers of Tigray. For Mr Abiy, the Tigray People’s Liberation Front – a party that once led Ethiopia – is a dangerous political rival. For Mr. Isaias, the feud is personal and dates back to the 1970s when Eritrea fought for independence from Ethiopia.

Revisit the invisible corners of the world

During a year of limited travel, our World Through a Lens series offered Times readers a weekly getaway.

This week, after 40 installments, we’re looking back at some of the highlights – from the calm waters of Lake Galea in Alaska up to the lush Zambian valleys.

US policy: Parliament voted on Monday night to increase the size of each stimulus check from $ 600 to $ 2,000. This advocated a move called for by President Trump and dared Senate Republicans either to approve the higher sum or to oppose the president.

Process in China: Former lawyer Zhang Zhan, who became a citizen journalist during the Wuhan lockdown, was sentenced to four years in prison for documenting the early days of the coronavirus outbreak. She is the first known person to be brought to justice for questioning the Chinese government’s story of the pandemic.

Saudi women’s rights: One of the country’s most famous prisoners, activist Loujain al-Hathloul, was sentenced to five years and eight months in prison. Ms. al-Hathloul was first arrested in May 2018, along with others who had urged an end to a driving ban on women in Saudi Arabia.

Snapshot: Above, one of 1,500 pavilions in Italy – adorned with primroses, the symbol of the country’s coronavirus vaccination campaign – where people can be vaccinated. The slogan for the program: “Italy comes to life again with a flower.”

Life lesson: The game of life is 50 years old. It was invented by Princeton professor John Horton Conway, who died of the coronavirus in April. It is a mathematical model for the evolution of life that has developed a strong cult following.

What we read: This BBC article about the concept of the “evenings”, which helps Germans separate work from leisure. “We could learn a lot if we set clear boundaries between the different parts of our day, with simple actions like changing clothes or going on a bike ride,” writes Melina Delkic from the briefing team.

Cook: This spicy white bean stew with broccoli rabe is extremely flexible and perfect for anyone clearing out their fridge. (It’s one of our 50 Most Popular Vegetarian Recipes of 2020.)

Clock: The historical drama “Dear Comrades!” About a massacre of strikers in the Soviet Union in 1962 is seamless, exciting and sometimes darkly funny, writes our critic.

To do: Some people used 2020 to reevaluate their relationship with accumulating more things. Here’s what they learned in a year without buying anything.

Three days left until the end of 2020: check out our collection of home ideas to read, cook, see and do while staying home safe.

How it feels to get the vaccine

Tens of millions of people are waiting for a coronavirus shot, and many are wondering what to expect. The first Americans to be part of the largest vaccination program in US history spoke to our reporters about how they felt afterwards.

Vaccine recipients reported a wide range of reactions, from no reaction – “I can’t even tell I had the shot,” said one Iowa City hospital worker – to symptoms like uncontrolled tremors and “brain fog.” A male nurse in Glendora, California wondered if the fever he was developing was a side effect of the vaccine or a sign that he had been infected by one of his Covid patients.

And there was a dizzying variety of aching arms. Some compared the pain to that of a flu shot; for others it was far worse.

Dr. Matthew Harris, 38, an emergency doctor in Great Neck, NY, had a fever all night and was shivering under a blanket after receiving the first shot. He had joint pain in his wrists and shoulders that lasted until the next day.

He later wrote about his reaction using the hashtag #stillworthit. “Everyone read, ‘This is the light at the end of the tunnel,” said Dr. Harris in an interview. “But will people feel 100 percent good after this vaccine? And if we are not honest with them, how can we then do we expect them to trust us? “

Most of the vaccine recipients who spoke to The Times emphasized that they had no regrets getting the shot. The Food and Drug Administration found the vaccines to be safe and remarkably effective. And public health officials say mass vaccination is the only hope for fighting the virus.

That’s it for this briefing. Thank you for coming to me

Many Thanks
Thanks to Theodore Kim and Jahaan Singh for the break from the news. You can reach the team at [email protected]

PS
• We hear “The Daily”. Our latest episode repeats a bar we profiled in their struggle to survive the coronavirus.
• Here is our mini crossword puzzle and a clue: Two or three (four letters). You can find all of our puzzles here.
• Everdeen Mason joined The Times from the Washington Post as our first gaming editor-in-chief.