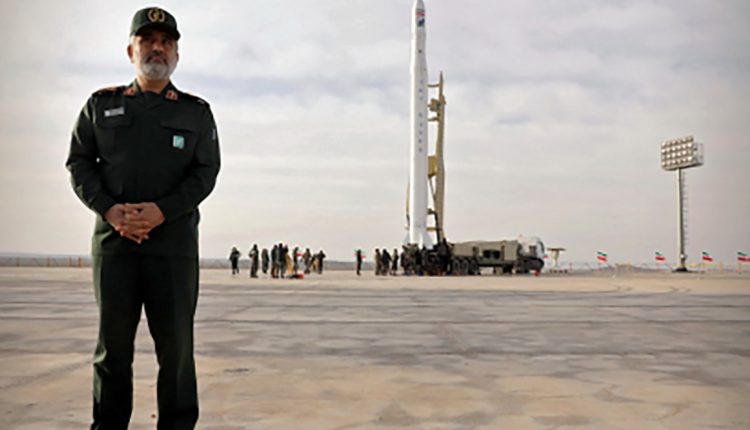 How will the outcome of the November 3rd presidential election affect Iran’s relations with the United States? If incumbent President Donald Trump is re-elected, will Tehran be forced to return to the negotiating table and accept the offer it is making, as it often claims? Or does Joe Biden, who recently called for economic sanctions against Iran to be relaxed, have a better chance of reaching a new deal with the country?

Most Western analysts expect Iran to start a new round of negotiations with the US in the New Year, regardless of who wins the election. This prediction has some advantages as the Iranian economy has been in a difficult position since Trump’s controversial 2018 decision to withdraw the US from the Joint Comprehensive Plan of Action (JCPOA, commonly known as the Iranian Nuclear Deal) and impose a new round of sanctions against the country .

This severely damaged the Iranian economy, which has suffered from years of mismanagement, poor governance and corruption. The COVID-19 pandemic also contributed to Iran’s economic troubles and resulted in stagflation – a combination of rising inflation and slowing growth. The Iranian Research Center of the Islamic Parliament predicted that if the state does not quickly change the direction of the economy, 57 million Iranian citizens, or around 70 percent of the population, will soon be pushed below the poverty line.

While it would indeed be beneficial for Iran to break the impasse in its relations with the US, analysts predicting a return to post-election negotiations seem to be ignoring one key factor in the equation: the internal dynamics of the Iran and the transformation of its regime since the signing of the JCPOA in 2015.

The Iranians themselves will elect a new president in less than eight months, and many expect the new Iranian leader to be closely associated with the Islamic Revolutionary Guard Corps (IRGC), the regime’s ideological army. In the past it was taboo to even mention the possible participation of an IRGC member in elections, but today many Iranian political analysts are publicly debating the possibility of a guard becoming the country’s next president.

While it is difficult to predict whether the IRGC will succeed in its attempt to take over executive power in 2021, the fact that this is a very real – and openly debated – possibility in itself signals gradual securitization and “IRGCization “The country’s IRGC political arena

Therefore, in addition to analyzing Trump and Biden’s foreign policy proposals, if we want to understand what US-Iran relations will be like after the US presidential election, we should also consider the IRGC’s views on negotiations with the US and the two Americans Investigate presidential candidates.

As the guardian of the Iranian regime and its central security forces, the IRGC is extremely suspicious of Washington’s intentions.

The IRGC leadership believes the US is waging a “hybrid war” on Iran aimed at sparking internal unrest and overthrowing its regime through economic attacks and propaganda campaigns aimed at turning the Iranian people against their leaders.

According to Brigadier General Yadollah Javani, head of the IRGC’s political office, the US strategic goal is to prevent Iran’s progress, arouse despair and hopelessness in the population, and discourage the younger generation from the path of the Islamic revolution.

Because of its perception of the US as a dishonest and aggressive enemy determined to destroy the Iranian regime at all costs, as well as its anti-American and anti-imperialist ideological foundations, the IRGC is firmly against negotiating with Washington, regardless of who occupies the White House.

For the IRGC, Washington’s unilateral withdrawal from the JCPOA has proven beyond any doubt that the US is not a trustworthy opponent. As Javani has openly stated, the entire JCPOA saga has convinced the guard that they “should no longer think about negotiating with the United States.”

Furthermore, the leaders of the IRGC don’t see much of a difference between Democrats and Republicans when it comes to their policies towards Iran. They believe, as Javani recently warned, that a November democratic victory should not be seen as an opportunity to return to negotiations as both parties are trying to achieve the same result, albeit in different ways.

Perhaps more importantly, as the ideological force charged with protecting the regime, the IRGC intends to oppose American imperialism. Ideological indoctrination makes up more than half the training required to become a member of the guard. A quick look at the textbook on ideological-political training of the IRGC shows how its members see the USA: an evil regime that dwarfs world domination. In this worldview, in which Iran is on the side of all good (jebeh-e Hagh) and the US is the representation of all bad (jebeh Boatel), there is no room for negotiation and the conflict between the two nations continues until one of them falls.

Participating in or assisting in negotiations with the Americans would undermine the ideological foundations of the IRGC and could be viewed as a betrayal of the revolution by its supporters at home and abroad. Anti-Americanism is the central component of the IRGC’s ideology and the source of the political appeal of Iranian Supreme Leader Ayatollah Khamenei. It cannot be eroded.

In the eyes of the IRGC, normalizing relations with the US is also not a general recipe for solving Iran’s myriad economic problems. The Guard believes, as it notes in its domestic market propaganda materials, that the main culprit for Iran’s economic destruction is not Washington’s economic sanctions, but rather Iran’s liberal elites and technocrats, who currently dominate the country’s decision-making bodies, inciting widespread corruption and Inequality.

For the IRGC, negotiations with the US to solve Iran’s many problems are useless. These problems can only be resolved through the formation of a young “more conservative and religious” Hezbollahi government. The “rejuvenation of the regime” was also a central principle. Khamenei’s February 2019 manifesto entitled “The Second Phase of the Revolution” outlined his plans for the country’s future.

In addition, the IRGC has neither forgotten nor forgiven the US assassination of Quds Force commander Qassem Soleimani on January 3. The death of Soleimani, a charismatic and influential leader, has tactically weakened the IRGC Quds Force and its missions in the region. IRGC Major General Hossein Salami mirrored Khamenei, who said “the regime will never forget the assassination of Soleimani,” and recently stressed that the guard will do everything in their power to avenge the commandant’s death.

In short, the IRGC has little reason or motivation to push for a new round of negotiations with the US. The IRGC is not waiting for a new, more accessible President to move into the White House and resume diplomatic efforts to resolve the problems between Iran and the US. Instead, it works tirelessly to end US rule in the Middle East and beyond. General Javani made this clear in a recent interview in which he said, “America is like a cancerous growth that needs to be shrunk and eradicated,” and later made clear that their goal is not to “make America disappear” but rather destroy it capitalist system that has harmed many other nations as well as Iran.

The IRGC is rapidly expanding its political influence in Iran, and next year’s elections could see the armed forces gain control of the presidency. In terms of foreign policy, this would mean that the Quds Force will become even more active in the region and continue to oppose the US and its allies. In terms of bilateral relations with the US, this means that the possibility of rapprochement after the elections or even a new line of dialogue is almost non-existent – regardless of who occupies the White House in the New Year.